You are here: Products The Change by Angela White 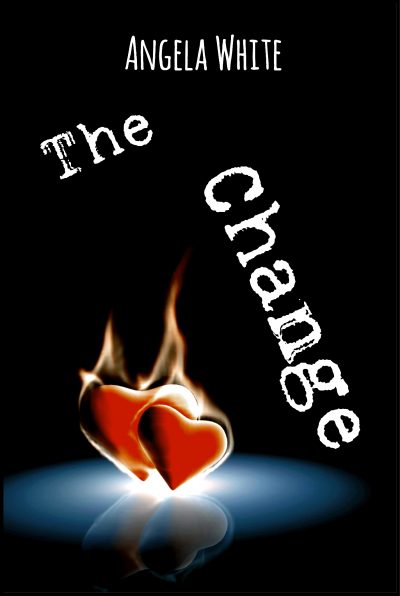 The Change by Angela White

400 Years in the dystopian future, nine of every ten babies conceived are female. Men have been enslaved for their own protection and the only way to get a mate is to enter the Network Games and fight for one.
The Catch?
It’s a live battle to the death and the competition is fierce.

​I now write full time and live on a small ranch with my family and our clowder of barn cats. You haven’t laughed until you’ve seen newborn kittens playing in the weeds. It’s an amazing way to begin the day. Thank you to everyone who gave me a try. I wouldn’t have this life if not for all of you. Self-sufficiency is an indescribable gift, especially when you grow up poor. May someone help each of you the way you’ve helped me.

It's a spin off from one of my other series.

2
The fugitive males in the trees eased from their hiding place a few minutes later and resumed trudging toward the town. The group they had traveled with before this had been slaughtered by snakes last week while they were out scouting for water. The wilderness was rough.
“Come on. We have to talk to the orphanage keeper.”
Baker understood leaving him here was a kindness, but he still felt abandoned. Why couldn’t his father love him as much as he loved the missing brother?
Simon knew well his child’s torment, but he had to get to the borderlands and locate a safe zone. He couldn’t do that with a son along. He would have to blend, to act as if he was a slave running errands. At other times, he would have to be able to make a fast escape. The boy would be lost in one of the struggles and Simon was tired of sacrificing his sons to the cause. He knew the Pruetts and he knew this town. The boy would survive here.
Simon fingered the small tattoo on his neck. They had protected him once. Now, they would do the same for his last surviving child while he tried to detect a way to rescue the captives. Simon stared at the Pruett property as they passed it. With their help, he might even be able to build a different future–one where the Network no longer existed and men were free.

Chapter One
Nothing Ever Changes
New Network City
March 1st

1
“Hello! Welcome to the first interview segment for this week’s episode of…the Bachelor Battles!”
The ticketless crowd of citizens gathered around the dome responded wildly to the start of the most popular game. Cameras atop giant screens rotated to show adoring outside viewers in all directions who were beating on each other, spilling drinks, kissing. Tonight’s party in New Network City would be massive.
“We are talking by comlink with Candice Pruett as she arrives at the gates of our fair city. Already famous for legendary bounty hunting successes, the Pruett family is worth a whopping seven hundred million UDs! Wadda ya say, folks? Let’s make her welcome!”
The audiences cheered as an average looking teenager flashed onto the enormous view screens. Sunken black eyes lined in deep shadows only hinted at the pain that she, like all females, spent every minute battling. Dressed in a high-collared black cloak, the girl’s harsh, eager grin and deadly stance marked her as anything but ordinary.
“Tell us, Candy. Why did you sign up for the Bachelor Battles at such a young age? As most of our viewers know, Games contestants are usually in search of a breeding pass or a slave. So Candy, why are you here?”
Silence…
“Miss Pruett?”
The reporter cleared her throat and a low mutter came over the speakers, “Did we lose her?”
“Hello? Miss Pruett, are you there?”
“Don’t ever. Do that. Again.”
Softly spoken, the words rolled over the audience in menacing waves.
“Um.” Not expecting it, the surprised reporter stumbled. “Do what, Hun?”
“Call me Candy.” Click!
“Hello?” The speaker faded to another mutter the microphone wasn’t meant to pick up.
“Pull me off this one.”
Pause…
“Why? I’ll tell you why! She’s that Pruett changeling, the one the Network fined a million UDs for hurting a relative when she was twelve! The whole family is ruthless and I’ve already paid my dues! Pull me off this one. I don’t have a death wish.”