You are here: Products The Carpenter’s Son by Ryan McInally 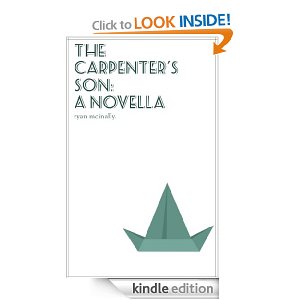 The Carpenter’s Son by Ryan McInally

The 50’s were filled with change, optimism, and social turmoil. This novella follows a young male named Brian in the mid 1950’s who travels across America seeking exposure, adventure, and opportunity. As the world was beginning to adapt to post World War II America, many people felt themselves disenfranchised of the various opportunities available at the time. Brian tries to become self aware of the world through his own eyes, and escape the life of his dogmatic father.

Some of the themes in this book include self-discovery, increase in personal wealth, mass consumption, war, immigration, and racism to name a few. The book follows a linear plot line while using secondary characters to support and give context to the story.