You are here: Products The Bride Program by Dane Griggs 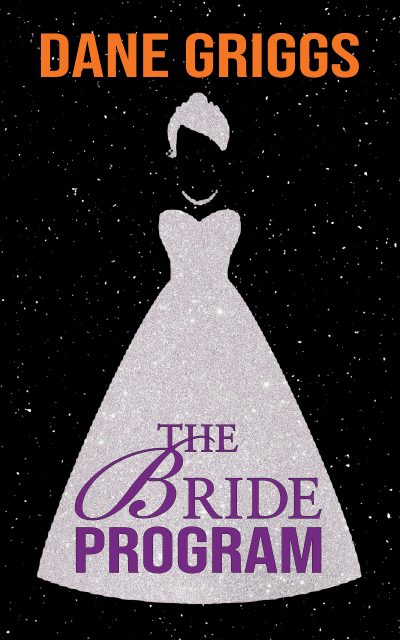 The Bride Program by Dane Griggs

“Let other people volunteer to be brides and join the alien sausage party,” says mom with a deep frown.

“Okay, first of all, please don’t ever use the term ‘sausage party’ again. And secondly, Mom, my mind is made up. This might be our only chance. I will convince them to cure her. And I will be on a spaceship — with aliens!” responds Maya.

Maya Arnold was leading a normal life, working and helping care for her sister, until the Cerasteans arrived. Offering a cure for cancer if enough women volunteer as brides, Maya jumped at the chance. Saving her sister was her only goal. She never expected to actually fall in love with an alien, or find best friends in the other bride volunteers.

Since the mysterious destruction of Ceraste, Commander D’Avii and the surviving males have been searching the galaxy for a new home. Finding Earth and its women was a miracle. Like most Cerasteans, he finds humans to be fascinating creatures — none more so than bride volunteer Maya. His attraction to her is instant and intense. Still he knows Maya can never choose him, a warrior, with so many higher-caste scientists seeking their own mates. To do so would shame the scientists and tear the last of his people apart. Yet he aches at the loss of something he never even had.

Dane Griggs lives in Florida with her very patient husband, two trouble-making children, a bratty long-hair dachshund, and too many fish tanks. In her spare time—which like most moms, she has very little of—she loves to read (a lot!), write, watch movies, drink wine & pots of coffee, tend her aquaponic garden, go surfing, do woodworking, and volunteer with the PTA and Girl Scouts.

Mrs. Griggs enjoys writing about relationships that evolve and grow over time, with lots of super-hot sex. She strives to put her characters in interesting situations where their strength and wit shine through—no Mary Sues allowed.

I really enjoy alien sci-fi romance books, but I was getting tired of all the kidnapped slaves that fall in love with the dude who purchased them. I wanted to write an alien romance novel where the heroine chose to join the aliens of her own free will.

As I watch the transport ship land in the docking bay, I look around with some amusement. There are a lot more Cerasteans working in the bay compared to usual. Not that I can blame them for wanting to see the first group of bride volunteers. These human females are the saviors of our species. Before we stumbled upon Earth, we had started to give up hope that we would have another generation.

Most Cerasteans are fascinated with humans, including myself. Although humans have the same shape as Cerasteans and are sexually compatible, they seem so very different. Humans fill their world with art, humor, family & entertainment. We have only focused on duty & survival for so long that observing earth has reignited our desire to enjoy our existence. We have explored many worlds and met several other alien species, but most were undeveloped and wild creatures. Only a very few were sentient, and none were quite like humans. Humans have high resilience & endurance, even the females. They can withstand a vast range of temperatures and environmental conditions, they will eat almost anything, and are the only creatures we have found whose family structure comes even close to resembling the Cerastean family bond. Although I have heard that the females cannot form a mate bond like a Cerastean, the reports on a few initial matings have been hopeful.