You are here: Products The Billionaire’s Vendetta Marriage by Flora Lanoux 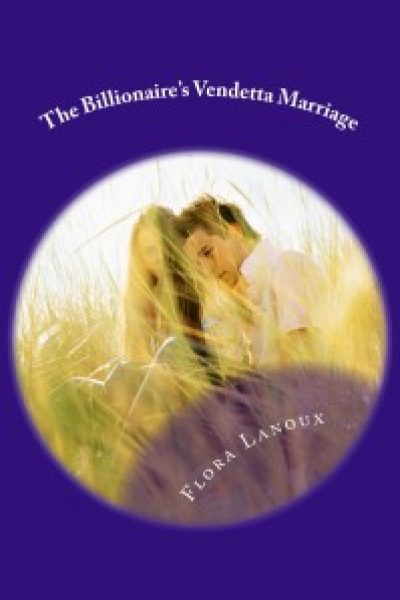 In a flicker of an instant, a person’s life can change…

Rio Paez, watching the interesting play of emotions on Anna’s face, reached across the table and grasped her hands. “Relax, Anna,” he told her silkily. “I don’t want you as my mistress. I want you as my wife.”

A loud humming noise filled Anna’s head as her mind struggled to make sense of Rio’s words, but the effort was useless. Her brain simply could not come to terms with what was happening. Just when had life stopped making sense? Here she was, sitting across the table from one of the world’s richest men, in one of London’s ritziest hotels, and he was proposing to her. It had to be a joke; there could be no other explanation. She allowed herself to relax. Yes…Rio Paez, in the name of revenge, was trying to get his own back by playing some kind of weird practical joke.

Rio Paez is angry: at the world, at himself, and most especially at the Thornelowes, who defrauded his father and caused the death of his sister, Sonia Conchita, and the baby she carried. The Portuguese business magnate is determined to avenge the crimes against his family. Although Alec and Bryce, the father and son, were directly responsible for the fraud, Rio has papers that also incriminate Anna, Alec’s daughter, and Mildred, Alec’s invalid ex-wife. Rio’s plan is to put Alec and Bryce behind bars. Also, he will use Mildred as a pawn to coerce Anna into marriage. Anna is shocked. Why does Rio want to marry her? Rio insists that marriage is necessary to restore his family’s honour.

Anna tells Rio that she’s innocent, but Rio isn’t buying it. This time, he is determined that the viper will swallow her own tail.

But the path of revenge is never smooth…

Fun, light, happy, inspirational romance books are my focus. My characters may be troubled, but they are never unkind…and they all fundamentally have loving hearts.

Well, many years later, I heard my Grams’ voice ringing loudly in my ears and decided to write romance novels…because a person has to have a reason to live!