You are here: Products The Angel’s Covenant by Lynn Landes 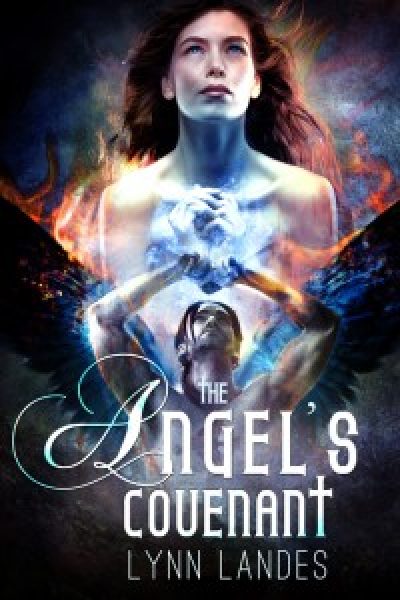 The Angel’s Covenant by Lynn Landes

Elina will never forget the dark angel who slaughtered her family. She is longing for a change to avenge them. Chosen as the Keeper of Humanity she is racing the Fallen that will stop at nothing to destroy her. Malach is chosen to protect and train her, she should not have feelings for him; she fights it every day. In the quiet moments they hear the whispered question “Are you Shadow or Are you Light?” Each stolen glance and soft touch brings them closer to breaking the Angel’s Covenant.

Malach is an archangel chosen as the Guardian of Hope. His promise was to protect and guide her. He never understood why his brother chose to fall, until he looked into her blue eyes. Trouble is brewing amongst the angels. Some feel that humanity is the problem, but Malach knows the truth. Elina is the only hope they have against the dark angel, for he is building an army bent on ruling Heaven and Earth.

A dream my five year old had, or nightmare. He woke up screaming and crying about the men on the wall and pointing at the wall. Absolutely adamant that angels were in his room. He was scared and so was I. It made me wonder if others had stories similar and the research I found astounded me!

Floating in a sea of silver stars she is drawn to the silver threads flickering and calling to her for guidance. She sends a prayer asking for protection. Malach’s note said to guide Serena home, room 418, St Mary’s Hospital. As a watcher she often goes to hospitals to assist those passing, but this time she is distracted by a thread that shouldn’t exist. She sees a metallic thread flash, blinded with its golden brilliance. As a keeper she knows this is unique, so she follows it.
The shadows are thick today, she thinks as she walks the halls looking for the brilliant flash. A silver glow from a room pulls her closer, diverting her from her quest. Walking into room 418, she finds Serena and understands why she is here.
Her ragged breathing tells Elina it won’t be much longer. The cancer ravaged her little body the pain too much for anyone to bear. She is surrounded by her family as they wait for her to pass, praying for a miracle. Elina sits and guards her knowing the demons will devour the sorrow in this room and steal her pure spirit.
As children we are taught to lift up our shields of faith- that fear and worry gives the demons an opening, but how do I do that when my shield is so heavy with the blood of those left behind? The others say my thoughts must solely rest in our maker. I must trust in the gifts I have been given. The demons thrive on terror and pain; I have seen that first hand. The screams haunt me still. I am tired of running, now I will become what I was born to be; a keeper.
In the quiet moments I hear the whispered question, “Are you shadow or light?” Once I thought I knew the answer to that question. Now as I sit watching over this six year old girl, keeping the demons at bay I wonder will I ever know the answer.
It’s never the same, the moment before death and this is no exception. A soft glow begins to seep into the room, surrounding the child. The tinkling of wind chimes fills the air, and Serena opens her eyes. Sitting up suddenly with a new found strength she cries out in an excited voice “Mama, Do you see them? They are so beautiful!” Holding her daughter in her arms her mother says “What sweetie, tell me what do you see?”
“The Angels Mama! Their wings are silver and gold. Do you see them? There are four of them!” She replies excitedly pointing towards Elina.
A shiver runs down Elina’s spine and she savors the velvety brush of the angel’s wings as they pass her. Elina smiles at the joy in the child’s voice. The angels are marching toward the child when a rumble in the room has Elina jumping to her feet. They turn facing the child in unison spreading their metallic wings. Serena is completely encased in a shield of silver and gold. They wait, watching Elina and she smiles relishing the moment.
Taking the stance of a warrior, she pictures in her mind dual swords of light, one flaming blue and one flaming red. The shadows creep in advancing on Elina growing in size to more than nine feet tall. Still the Angels wait. The moment the demons scream, attacking her from all sides the tinkling of the wind chimes grows louder, blocking all sound. Elina leaps midair spinning and slicing through the demons sending them straight to hell. Some freeze at the touch of the blue flame, others explode into flames at the touch of the red flame.
Running toward the largest demon she leaps straight up, bringing her swords together over her head slicing down cleaving the demon in two. Breathing hard she spins looking for more, the shadows fade away defeated and Elina looks at the Angels. They bow, turning to the little girl; one lifts her in his arms, giggling Serena smiles and waves at Elina as they fade into the bright light taking her home.
The sound of weeping is heard as her family says their final goodbyes. Breathing deep Elina fades from the room to search once more for the golden thread.