You are here: Products The Academy Saga by CJ Daly 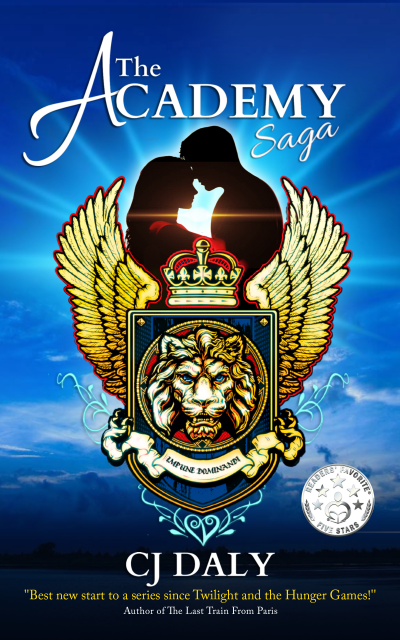 The Academy Saga by CJ Daly

When two mysterious cadets crash into Kate Connelly’s small town, they threaten to reveal her secrets. As a romance blossoms between her and Cadet Davenport, she discovers that he has his own dark past to hide. Kate has to fight her growing feelings for him and her suspicions that he and his elite academy are up to no good. A Readers’ Favorite 5-STAR Enemies to Lovers Romance

Readers’ Favorite Five-Star author CJ Daly grew up on the scrabbly plains of eastern New Mexico. When she was supposed to be helping her six siblings with chores on the family ranch, she was really sneaking behind dusty haystacks to read. And dreaming about adventures with mysterious, handsome strangers.

A few months later, The Academy Saga was born. Upon its debut, it became an instant Amazon Bestseller and earned a Readers’ Favorite seal of approval. When she isn’t writing, you can usually find CJ running from one athletic field to another to cheer on her boys or feeding the wild animals that show up at her back door. When she isn’t writing, she likes to kick back with her gal pals and sip Texas-sized cocktails while gabbing about favorite books and TV series. But CJ’s greatest pleasure is sharing The Academy Saga journey with you.

I took my fascination with elite military and occult abilities–the CIA have been using for years–and married it together with my love of romance and alpha males. These two elite cadets have finally met their match with our heroine, Kate. Not only does she have an indomitable spirit, but she also kicks ass.