You are here: Products Tempest: A Stepbrother Romance by Stephanie Brother 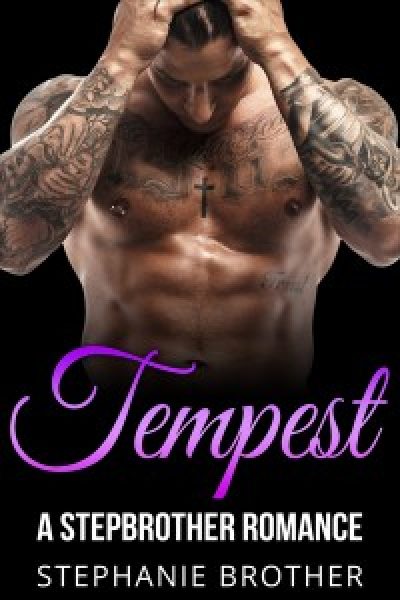 Leighton Tempest is a force of nature. Rich, dominant, completely untameable. Did I mention he’s hung too? Hung like a…

Oh, and when he sets his mind on something, he always gets what he wants. ALWAYS.

Right up until he meets Gracey that is. The one girl that seems determined not to play his game.

The one girl he simply has to have. Without question. At all costs.

Of course, things could be easier for the billionaire playboy.

If his father hadn’t just died. If Gracey wasn’t on trial for his murder.

But the biggest one, the biggest problem. Something all the money in the world couldn’t change…

Stephanie Brother writes scintillating stories with step-siblings as their main romantic focus. She’s always been curious about the forbidden, and this is her way of exploring such complex relationships that threaten to keep her couples apart. As she writes her way to her dream job, Stephanie hopes that her readers will enjoy the full emotional and romantic experience as much as she’s enjoyed writing them.

He had been lying face down, hand still gripped around the stem of a crystal glass that contained the remnants of a 1962 chateau petrus, eyes glassy and lips glossed with coughed up blood for over an hour. Alexander, the faithful family hound was the first on the scene, perhaps too faithful to do anything other than lie next to the motionless man as though assigned there for guard duty.
Pandora, Philip’s eldest stepdaughter, was the one to eventually break the news to the staff, some time after she’d realised, somewhat disappointingly, that although her filthy rich stepfather may have been temporarily indisposed, he wasn’t quite fully dead yet. Pretending she hadn’t found him at all was something that repeatedly crossed her mind as she was googling on her smart phone how to check for a pulse.
It took thirty minutes for the private ambulance to make it’s way to the vast estate on the edge of the Chesapeake river, two minutes of which was spent negotiating the ambling drive. When they lifted him into the back of the modified car to cart him away at high speed to one of Baltimore’s top facilities, Philip had regained consciousness momentarily, but remained completely confused. Pandora, Isabelle and Gracey watched on with varying levels of concern, their mother a darkened shadow in the upstairs window, too involved in something she deemed far more important to come down and wave him goodbye. Alexander watched the ambulance disappear, whimpered, and then curled up at Gracey’s feet.
“About time”, Pandora said, before the ambulance had even got out of sight.
“Good riddance”, Isabella said and put her arm around her sister.
“Come on Alexander”, Gracey said, and led the dog inside.

Be the first to review “Tempest: A Stepbrother Romance by Stephanie Brother” Cancel reply