You are here: Products Tego Arcana Dei – Forces of retribution by Andrew Man 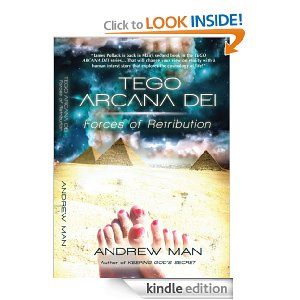 Marooned in a parallel universe on a war-torn planet, James Pollack finds a mysterious time-travelling medallion which leads him on a Sci-Fi adventure.