You are here: Products Teabreeze pt 1 by Kyle Perkins 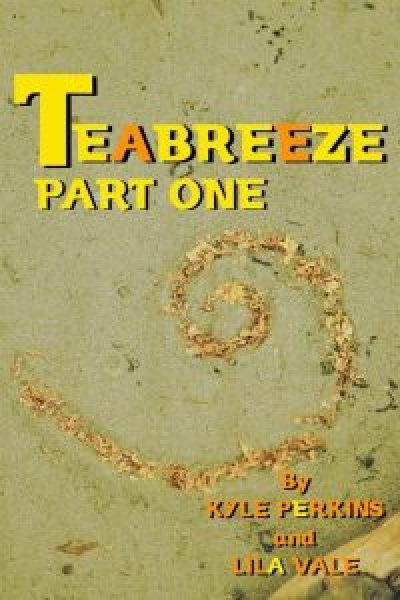 It was only recently that Kyle Perkins discovered his love of putting his imaginative daydreams in writing for others to enjoy. He founded and managed some of the largest text-based roleplaying groups on Facebook, which sparked his passion for storytelling and helped him sharpen his skills as an author. Since the January 2016 release of his debut dystopian novel, Reddened Wasteland, Kyle has published three other works with plans to release several more in the upcoming months, including the second installment of the Reddened Wasteland series. He’s a dog person, an Aquarius, and he lives in Florida, though he’ll tell you he lives on the internet.

I wake up to the deafening sound of the grandfather clock chiming just a few feet from my head. I’ve always hated that damn thing, but Eve thought it would make the place more, “homey.” Her word, not mine. She’s always thought of clever ways to turn this shithole into a home, and as fast as she builds it up, I tear it down.
The carpeting on the floor feels coarse against my face and my tongue sticks to the roof of my mouth. Cottonmouth, again. Great. I need to get my ass off the floor and assess whatever damage I did last night.
I try to do a push-up to get my muscles working, but they refuse with a big “fuck you” as I collapse face first back onto the carpet. Good one, world. You won’t win that easy. I roll over onto my back and look up at the flickering light in the center of a shattered fan. My head is pounding; my heart racing. This hangover is quickly shifting into withdrawal.
I sit up and scan the room for damages. Aside from a few new holes in the once-white, now-smoke-stained walls, not much has changed. The bottles lying about the room are a common decoration, a very ‘Alex’ signature. I can normally retrace the damage to exactly where I fucked up, and usually I have time.
Today is different, though. Today is Eve’s intervention.
Yes, you heard that right. Her intervention. Now, you’re probably thinking, ‘Dude, if anyone needs an intervention, it’s you,’ and most days, I’d agree, but I am leaving out a small, pressing matter that may change your mind.
You see, Eve is in a cult. The cult doesn’t have a name, and like most cults, it doesn’t call itself a cult, but it’s a fucking cult.