You are here: Products Taming the Playboy Sheik by Amerine Graham 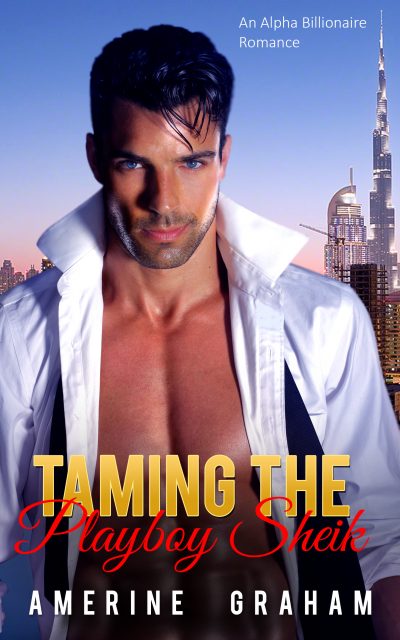 Marriage, that’s what his father commanded. He didn’t have to like it but he had to comply. But there are a few surprises in store for both Khalid Al-Qasim and his designated bride Saleema. On the surface he is a cold-hearted jerk while she is the fragile Belle but they have a shared past that Saleema is yet to discover; a past which comes back to haunt the arrogant Playboy and his beautiful Belle. Will Saleema survive this time? Or will the unknown enemy succeed?
In the meantime, Khalid finds out that he has an uncanny attraction to his bride and eventually was quite willing to see where that would lead but Saleema had ideas of her own.

Meet Amerine Graham, a new kid on the block when it comes to self-publishing but her background as a prolific reader and an avid entrepreneur could only have resulted in this merger. The billionaire romance series featuring the men you love to hate and to love in turns is her latest project. Amerine enjoys quiet times, gospel choirs and simple activities with her three very active children.

I have always enjoyed a hot romance especially with a bit of mystery thrown in, so I tried to capture some of that in writing this book. I hope I was successful. Do Enjoy.

Chapter 1: A morning only princes can afford