You are here: Products Tales from the Sauna by Mike Andrews 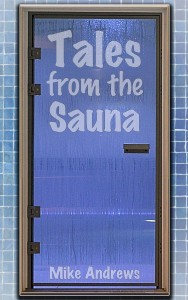 Tales from the Sauna by Mike Andrews

Starting his first shift at The Rocking Horse sauna, eighteen year old student Mike Beech is both shocked and surprised at the ease of which the no holds barred policy allows for casual sexual encounters.

Follow the various patrons of The Rocking Horse Sauna as they meet for unsolicited, no strings attached sex in the various rooms of their favourite sex sauna.

From the hot tub to the steam room, the dungeon to the private rooms, each room holds it’s own story of steamy liaisons, all of which are here for your titillation.

Will Mike finally give in to his lustful desires by the end of the shift and join in one of the many opportunities that are thrown his way.

Mike Andrews is a Birmingham based author who enjoys the racier side of life. His series “The Programme” has been well received as has “Living Life to the Max”. With several other short stories also available, he explores his homosexual side of his personality, while his collection “Tales from the Sauna” allows him to venture into bisexuality.

I went to a sauna with a friend and had a great time and it inspired me to write this collection of stories, based on the different rooms and encounters.