You are here: Products Swingers Club II: There’s Someone For Everyone by Jake Ellwood 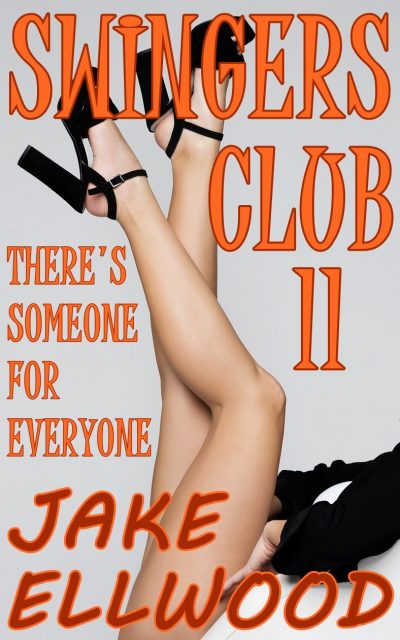 Swingers Club II: There’s Someone For Everyone by Jake Ellwood

Word has spread about the new club in town and Sue invited Pat to check it out with her and her husband. Pat wanted to see what it was all about, having never been to a swinger’s club, but didn’t know how her staid and uptight husband would react. She brought him to the club anyway, but didn’t reveal to him what kind of club it was.

Even though both couples were newbies to the club, Sue and her husband hooked up almost immediately with another couple leaving Pat and her husband, Ed, languishing at the bar. When the opportunity for them to hook up came along, Pat and Ed have a revealing realization as to the status of their relationship. Their marriage will never be the same.

I live on a boat in a marina with my wife. We enjoy the ambience, friendliness, and leisurely lifestyle living afloat. It gives me time to thoroughly contemplate my stories and work out the plot details and emotions of my characters.

I write with the intention of always having my characters react to situations in a realistic manner. Many of my stories have a basis in a real-life event, even if they are fictionalized. I want my readers to identify with my characters motivations even if they would never find themselves in a similar situation.

My characters almost always find themselves in a strange situation not of their making. They usually have to work through a new experience or dilemma they had never faced previously. I like to show that they learn and grow from the experience and that they become better from having gone through it.

A man and a woman walked up to the bar next to Pat and Ed and ordered drinks. The woman was dressed in yellow running shorts, sneakers, calf-high athletic socks with green stripes, and a skin-tight, green hockey jersey with the home-team logo. It was the same team that was playing on the TV.

“Who's winning?” the woman asked Ed.

He turned his attention away from the TV and eyed her up and down. She had short blond hair, a pretty button nose, was petite and slim with the long lean legs of a runner and the subtle curves of a gymnast. After gazing at her form, he noticed the logo on the jersey. “We are,” he said.

Her and the man's drinks arrived. She sat in the bar stool next to Ed. “What period?” she asked.

“Still first period,” he replied. “But they have a power play on.” They both turned their attention to the game. The man turned his attention to Pat.

She was still listening to the piano player and watching the revelers gathered around him. He played mostly show tunes, but the whole bar joined in when he played Billy Joel's The Piano Man, which had just ended. The man picked up his drink and went over to her.

“Are you a hockey widow?” he asked.

She looked over at Ed to see him intently watching the game, then turned back toward the men. He was older, well into his forties, and she was twenty-seven, But that didn't matter, he was extraordinarily handsome with wide shoulders, wavy auburn hair, and classical-chiseled facial features. She was quite attracted to him. “Yes, I guess I am,” she responded.

“I am too,” he said. “That's my wife, Sam, over there.” He motioned to the woman sitting next to Ed. She too, was intently watching the game.

Be the first to review “Swingers Club II: There’s Someone For Everyone by Jake Ellwood” Cancel reply