You are here: Products Sweet Do Over by Melissa McClone 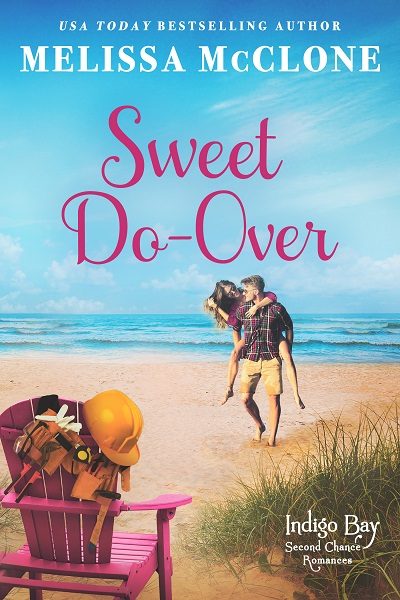 Sweet Do Over by Melissa McClone

A marriage proposal gone wrong—a second chance to get it right.
When architect Marley Patterson goes out with Von Ryan, she never expects her practical, cautious life to be turned upside down by the handsome contractor. Von is the definition of fun, until his proposal sends her into a panic. Marriage is too serious a commitment to make after dating for only six months. Even though she cares for Von, they are too different, so she breaks up with him.
Being rejected hurts, but Von blames himself for not reading the signs or Marley better. He finds solace in work; however, his construction company’s success isn’t enough. He wants to share his life with a woman who’ll love him as much as he loves her. She’s out there. All he has to do is find her and, this time, be patient for the relationship to develop on its own.
After Marley is assigned to Von’s new project in Indigo Bay, he treats her the same as everyone else—professionally and with respect—though neither can deny a strong mutual attraction still exists. Soon Marley realizes she may have been the problem with their relationship, not just Von’s proposal. She wants a second chance, but after breaking his heart once, will he give her a do-over?

With a degree in mechanical engineering from Stanford University, Melissa McClone worked for a major airline where she traveled the globe and met her husband. But analyzing jet engine performance couldn’t compete with her love of writing happily ever afters. Her first full-time writing endeavor was her first sale when she was pregnant with her first child! Since then, she has published over forty romance novels with Harlequin and Tule Publishing Group. She’s a USA Today Bestselling author and has also been nominated for Romance Writers of America’s RITA® award. When she isn’t writing, you can usually find her driving her minivan to/from her children’s swim practices and other activities. Melissa lives in the Pacific Northwest with her husband, three children, two spoiled Norwegian Elkhounds and cats who think they rule the house. They do!