You are here: Products Survival of the Fiercest by Chloe Blaque 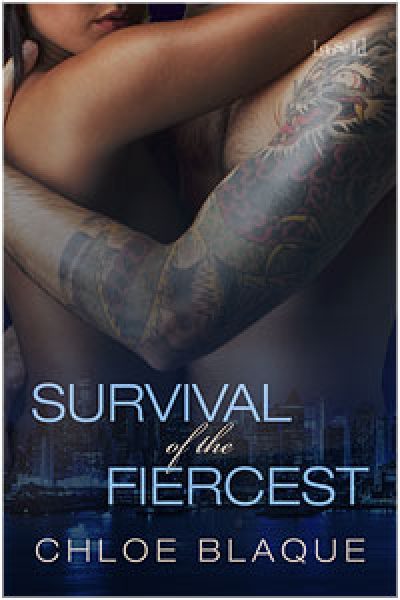 Survival of the Fiercest by Chloe Blaque

Chief Editor Alexandra “Lex” Martine is proud of her success. Her New York based website for multicultural women, thefiercest.com, just earned a spot on the Forbes top 100 websites for women. As an independent, biracial woman herself, Fierce is not just a hub for women of color; it’s a huge part of her identity–and a nice distraction from her floundering love life. But when her San Francisco-based parent company goes bankrupt and her website goes up for sale, her career and her life are turned upside down. When Lex meets Evan Cain, she resolves to fight their instant sexual attraction. Handsome, whip smart, and sexy, Evan has connections that could save her website, but it’s hard to focus on work when he is making her want things she shouldn’t want with a perfect stranger. Choosing work over play has been the theme of Lex’s career-driven life. But when it’s time for her to give Evan the boot, she discovers it’s not so easy.

Chloe Blaque writes smart, sexy, contemporary multicultural romance with plenty of drama, but always with a happy ending. Her heroines are all passionate and ambitious women, who crash into love all over the world. When Chloe is not writing, she can be found drinking margaritas, snowboarding in other countries, and struggling to grow an herb garden. She lives in New York City.

I wanted to write a love story about the independent, career driven women who strive to have it all. In my books, they get it.