You are here: Products Surrender To The Vikings by Steele Star 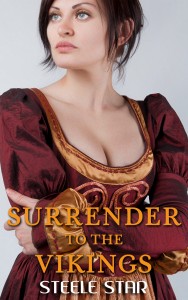 Surrender To The Vikings by Steele Star

Long walks and parks and street markets in summer, art exhibitions and opera in winter. Good red wine any time.

“They are drinking to you,” Erik said. “The gorgeous young Saxon lady who surrenders to our Viking passion.”
As I thought of the great adventure that I was about to undertake, I felt a growing dampness between my legs. My body was gladly preparing to accept the unleashed lust of this huge group of brutal warriors.
“And now, my lord?” I said.
“And now we fuck. Like Vikings.”