You are here: Products Summer Spark by Ginnie Carmichael 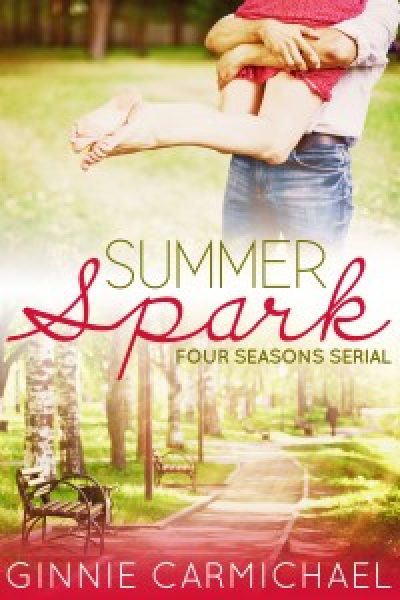 Desperate to keep her teenage daughter from running with the wrong crowd again, Elsie Anderson makes the painful decision to leave Seattle for good. For her, solitude is a small price to pay for keeping Sophie out of trouble. Love is the last thing on Elsie’s mind, especially in a small town like Smithfield, Virginia.

Alex Becker is the star of Smithfield’s firefighting department. He may be a hero, but at night he sees a broken man in the mirror. There was a time when he believed in love, but that all disappeared after he unexpectedly lost his wife late last year.

They both need a second chance at love. Will Elsie be able to overcome her fear of getting another broken heart? Will Alex ever be able to love again?

Ginnie write in her spare time, between a bike ride into town and a hike in the jungle. She loves a good cup of tea and watching her favorite TV shows. She can’t go anywhere without her own ebook reader and loves to get lost in a good story. That’s why she decided to create her own.