You are here: Products Stolen Angel by Lucy Leroux 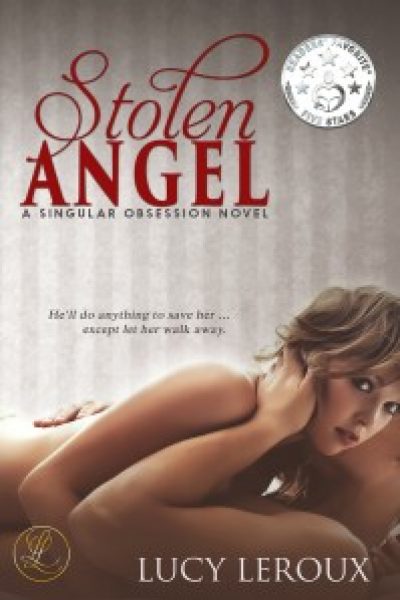 Sergei Damov is in love with someone who isn’t interested in him, but he’s determined to change that.

Sergei has pined for months, waiting for his assistant to turn around and see he’s the perfect man for her. But Ada only sees him as her boss. Until one night when they both have to work late and the office is deserted…

It doesn’t happen right away, but soon Sergei has Ada right where he wants her—in his bed. Then demons from his past resurface, and he brutally pushes her away before the darkness inside him can consume them both.

But Ada isn’t about to let herself be used. Soon she turns the tables on him and disappears, leaving a mystery in her wake. Why was Ada working under an assumed name? Not just with him, but at every job she ever held?

Using every resource at his disposal, Sergei desperately searches for her, before the danger she’s running from catches up with her…and to try and heal the heart he shattered.

Her ‘A Singular Obsession’ series is a combination of romance erotica and suspense that feature intertwining characters in their own stand-alone novels. Three are completed and an additional four books are planned. Cursed, A Spellbound Regency, is the first of many regency novels. Follow her on twitter @lucythenovelist or on facebook.

It’s a compulsion at this point. I enjoy books with intense sex scenes, but most of the ones I was reading didn’t have a plot or characters I liked. This is why I started writing my own.