You are here: Products Stockholm Diaries, Caroline by Rebecca Hunter 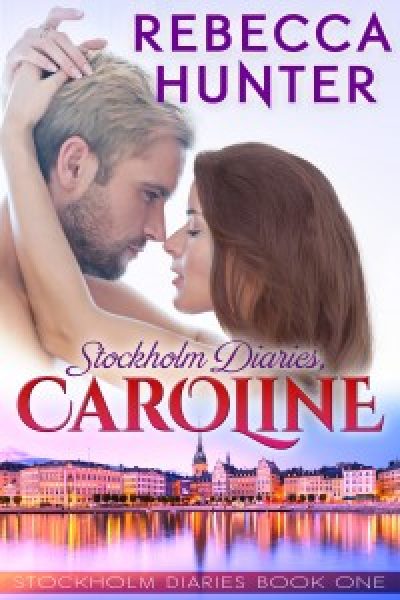 A Swedish pro hockey player with a rough reputation meets the American girl next door in a steamy twist of travel and adventure. Will they be able to overcome his dark past and her uncertain future to turn their sensual nights into something more?

Photographer Caroline Mendoza finally sheds her safe life in Michigan for adventure and a fresh start, and her first stop is Sweden. But Stockholm suddenly becomes more than just a casual stopover when Caroline discovers her reclusive next-door neighbor is ex-Red Wings player Niklas Almquist, whose high-profile alpha bad-boy image, both on and off the ice, has followed him back to Sweden.

While Niklas’s darker side draws her to him, she knows the sensible decision is to move on from Stockholm before she gets too attached. Her time in Stockholm is running out. She must choose between what is safe and what her heart tells her is right. Is she strong enough to take the risk?

My husband is Swedish, and we have lived in Sweden twice. Both times, I met women from around the world with interesting, unique stories about meeting Swedish men and moving to Sweden. These stories involved chance meetings, uncertain risks and sacrifice, all in the name of love. The whole Stockholm Diaries series is a kind of tribute to all these stories.

Be the first to review “Stockholm Diaries, Caroline by Rebecca Hunter” Cancel reply