You are here: Products Stalling for Time by Christy Hayes 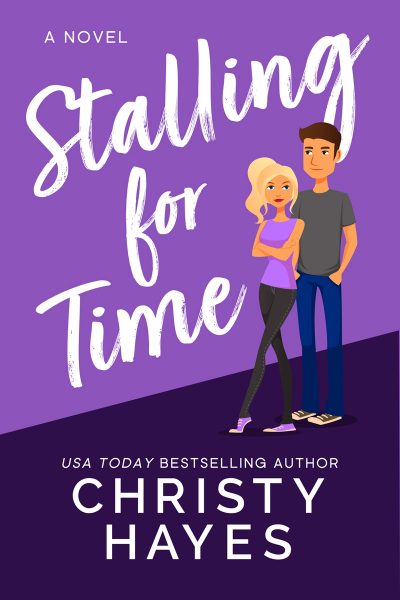 Stalling for Time by Christy Hayes

Formerly published in 2013 under the title “A Kiss by Design,” this book has been extensively revised from the original.

When Emily finds an engagement ring in her best friend Dylan’s backpack, she panics and tries to stop him from marrying a girl he barely knows. When his brother asks for help planning a surprise proposal, Dylan knows it’s time to bury his feelings and finally let Emily go. When Emily accidentally puts them in a compromising position, will Dylan reveal his long-buried feelings, or will Emily realize she’s dating the wrong brother?

Christy Hayes is a USA Today Bestselling author. She grew up along the eastern seaboard and received two degrees from the University of Georgia. An avid reader, she writes romance and women’s fiction. Christy and her husband have two grown children and live with a houseful of dogs in the foothills of north Georgia.