You are here: Products Spring Break Renegade by Elise Covert 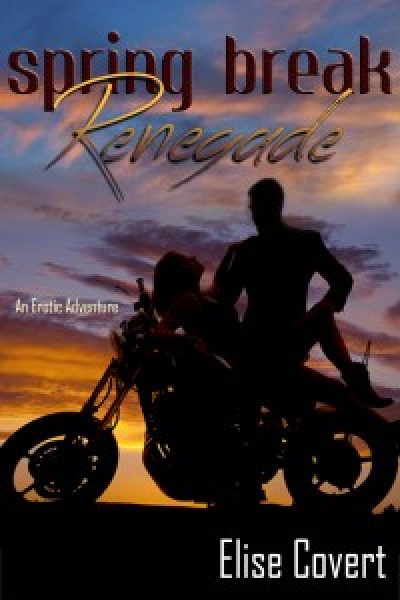 When college student Meredith Walsh finds herself stranded on the side of the country road, she certainly didn’t welcome the approach of a tattooed man on a Harley. But Ren Stimson’s blue eyes and dangerous smile capture her attention. His offer of spending a week with him, with his lifted eyebrow making clear the implications of the week, in return for a ride back to Berkeley, tempts her.

Her common-sense self demands that she refuse such a foolhardy plan. But then, there is a part of her that craves the chance at one last wild spring break.

The week will bring Meredith adventure, lust, and danger. And even more.

Elise plans on bringing all of the sexy stories in her head to life in her books. That’s a promise of lots of books to come.

A year ago, I was on a long drive in California, listening to great music on the radio, and all day being passed by groups of leather-clad, outlaw-looking bikers. I got to daydreaming…and, well…Spring Break Renegade was born.