You are here: Products Spellbound in His Arms by Angel Sefer 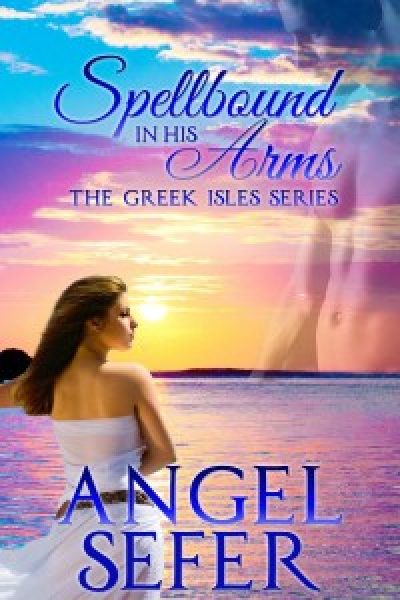 Spellbound in His Arms by Angel Sefer

A mansion full of secrets…

From the moment investigative reporter Jackie Alexander steps foot inside the mansion dominating the Demiris estate on the beautiful Greek island of Corfu, her suspicions are on high alert. This is no ordinary assignment… The life of her beloved cousin, Aphrodite, is in grave danger, as the heirs to the incredible fortune of Greek tycoon Andreas Demiris die one after the other, under mysterious circumstances…

A man with secrets of his own…

The only person who can help Jackie is Michael Apostolou, former Special Forces Officer and one of the finest detectives on the Athens police force. Soon enough though, Jackie realizes, that despite her simmering desire for him, she can’t really trust him, as the seductive detective seems to be investigating those mysterious deaths for reasons of his own…

Trusting the wrong person can be deadly…

Jackie and Michael are forced to work together, but the suspicions and unanswered questions are devouring them, just like their rising passion for each other. In games like this, the stakes are high and the players are ruthless… When Jackie is kidnapped by the most dangerous player of all, time is running out, as Michael is forced to choose between jeopardizing his mission and personal quest for justice, or the life of the gorgeous intruder of his heart.