You are here: Products SPEED: A Stepbrother Romance by Stephanie Brother 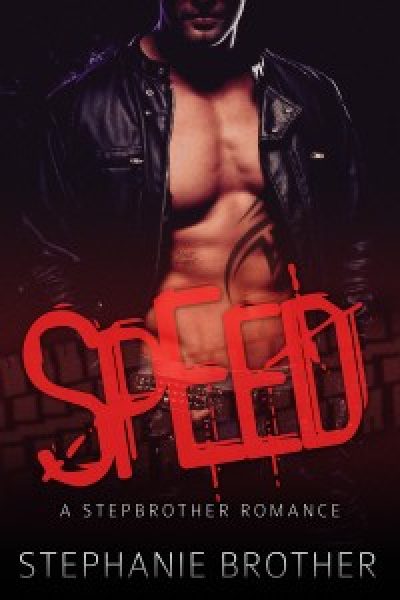 She’s never truly gotten over him, and now he’s back in her life.

Ten years ago, when Kayla was fifteen, her mom was married to Axel’s dad, professional race car driver and serial cheater. It was no surprise when things ended badly for their parents, like World War III badly.

Now all grown up and working at a magazine, Kayla takes on an assignment to interview Axel, who’s followed in his dad’s footsteps, professionally and personally. He’s an up-and-coming Indycar driver who’s also a regular feature on gossip sites. He’s got a different woman on his arm any time he’s not behind the wheel.

Kayla hopes that seeing him again will break the hold Axel unknowingly has on her.

But things don’t go as planned.

There’s a stumble and a kiss, and both of them want more, even though it’s wrong for so many reasons.

Kayla is determined not to risk her heart on a playboy like Axel…but can she resist him? He’s used to getting what he wants, and what he wants is Kayla.

SPEED is a stepbrother romance novella with no cliffhangers, and a very satisfying happy ending.

Feel free to write with comments, suggestions, or requests for stories at authors[email protected]

I like to explore complicated relationships and situations that threaten to keep couples apart, and I think race car drivers are hot!

Be the first to review “SPEED: A Stepbrother Romance by Stephanie Brother” Cancel reply