You are here: Products Spaceship Menage by Cailee Francis 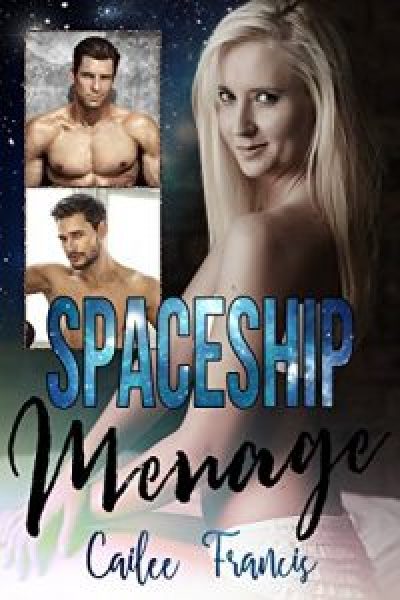 It seemed like a good idea at the time. 😉

Anna slipped out of bed, naked and not especially worried about the fact. In the long moment before he glanced away, William certainly paid attention. Her skin was porcelain fair and perfect, with hardly a blemish, while her trim figure and the swell of her ample breasts was more alluring than William would ever admit to Ian. He hadn’t intended to be turned on by Anna; he was after all quite sad after what he’d been through and she was his roommate’s girlfriend. That said, she was simply stunning and he was surprised as she approached him and opened her arms.
Ian watched with interest as Anna comfortingly hugged William, not quite sure what to make of it yet.
“It’ll be alright, darling,” she said, holding him softly.
Ian rolled over fully in bed to face them. “That’s very sweet of you Anna, but… clothes?!”
She laughed, giving him a mischievous smile.