You are here: Products Slut by Saranna DeWylde 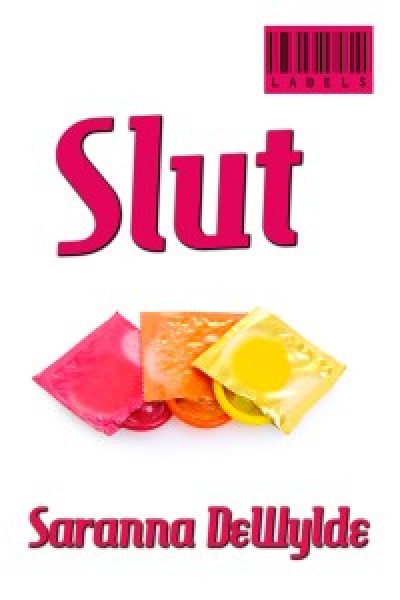 “You’re a woman who is comfortable in her own sexuality. That necessarily means you must be labeled, categorized and filed away for everyone’s safety.”

Rebecca “Bex” Foxworth likes that description of herself. It makes her sound strong, dangerous, and powerful—like she’s standing against some grand injustice by using her body as she sees fit. That’s how her friend Claire Howard sees her and if Claire has taught her anything, it’s that labels are defined by the people who wear them, and not the other way around.

But SLUT is more than a label to Bex: it’s her armor. It protects her from ever having to share her true self. The loop in her head tells her she’s innately flawed and wholly unworthy. Why else would her parents insist she go under the knife for a new nose, a new body, and plastic perfection?

That’s something Thornton Henry Edgeleaf would never understand. Thornton is perfect, in every way—handsome, worldly, passionate—with just one unforgivable flaw: he’s utterly sincere. It makes Bex want to run screaming, back into the familiar, indifferent arms of men who won’t fail to dismiss and mistreat her. But nothing’s as easy as it used to be…

Saranna De Wylde has always been fascinated by things better left in the dark. She wrote her first story after watching The Exorcist at a slumber party. Since then, she’s published horror, romance and narrative nonfiction. Like all writers, Saranna has held a variety of jobs, from operations supervisor for an airline, to an assistant for a call girl, to a corrections officer. But like Hemingway said, “Once writing has become your major vice and greatest pleasure, only death can stop it.” So she traded in her cuffs for a full-time keyboard. She loves to hear from her readers.

This is the second in my Labels series. It’s about the labels that we stick on each other and ourselves. That track in our heads that tells us that we’re not good enough, smart enough, thin enough… No matter what we do. It’s about defining ourselves with our own choices. This book is so close to my heart, just like Fat because I have these same tracks in my head. So, I guess you could say my inspiration was the journey to self love and self acceptance.

Be the first to review “Slut by Saranna DeWylde” Cancel reply