You are here: Products Sizzle: A Naughty Neighbors Collection by Olivia Aycock 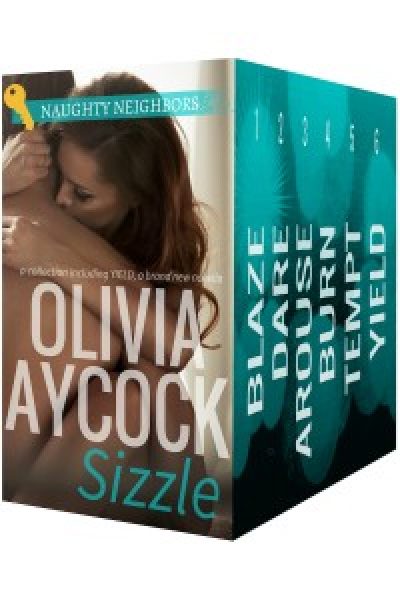 A hot cop. Sex toy shenanigans. Blackout buddies, friends with benefits, and a little light bondage in the laundry room. This collection has no cliffhangers—just six sizzling stories of neighbors who find themselves in seriously sexy situations—and includes a never-before published novella.

You can find Olivia wherever tea and sugar cookies are plentiful—and also on Twitter (@AycockBooks) and on her blog.

Sizzle is a bundle of five Naughty Neighbors stories, plus a never-before published novella. So that’s about 80,000 words of pure heat–but the stories themselves can be read on a lunch hour or two or before bed (without the dreaded book hangover the next morning).

Be the first to review “Sizzle: A Naughty Neighbors Collection by Olivia Aycock” Cancel reply