You are here: Products Siren’s Song by Cynthia Diamond 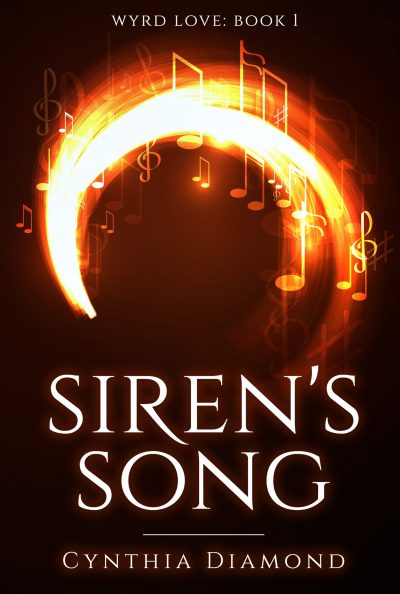 Adelle Constance hates being a part of the Wyrd and after being tortured by vampires, she just wants to be left alone. Her destructive siren’s voice terrifies her but Jack -a devastating nine-hundred year old dragon- vows not only to protect her but show her how to control her powers as well. His crooked grin and rugged charm draw her in and soon she wants much more than just his lessons. Yet Adelle isn’t willing to give her heart away to someone who may not want it.

When Jack is suckered into protecting a half-blooded siren, he wants the job over before it begins. All he has to do is teach Adelle to defend herself and then he can return to his brooding. But after discovering the passion under her calm surface, his desire for Adelle grows and resisting the sharp-witted beauty is near impossible. The last thing the dragon wants is another broken heart but when angry vampires come to take her away, Jack finds won’t give her up without a fight.

Cynthia is an award-winning paranormal romance author that writes for sassy nerds with a sharp sense of humor. Starting her adult life in theater, she earned a Masters of Fine Arts in Costume Design, but her first love was telling stories. After some encouragement, she dove down the writing rabbit hole, creating magical worlds, snarky heroines, and sexy heroes with a dash of "cinnamon roll".

When not telling tales, Cynthia is a geek, a costumer, and an amateur artist. She resides in sunny San Diego, California with her husband Max, two cats of varying intelligence, and a ton of goldfish.