You are here: Products Sins of A Housewife by Monica L. Smith 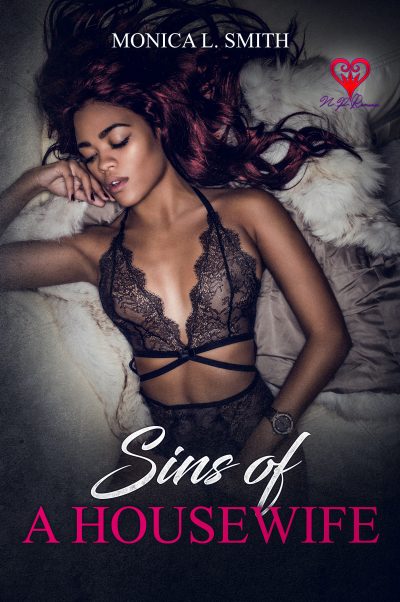 Sins of A Housewife by Monica L. Smith

Sensual – Seductive – Erotic Romance ‘Sins of a Housewife’ follows a sexually frustrated housewife who has all but given up on helping her husband Louis understand that their relationship is one sided romantically. Through the referral of her longtime friend Jazz, she signs up for a membership to an escort agency exclusively for female clientele.
Adele is able to indulge in her wildest sexual fantasies. By going on dates with the men from Hidden Pleasures, she finds out that there is a whole new side to her sexual appetite. She is able to have encounters with any man – anywhere – and she is not judged based on her preferences.
But Adele feels there is hope for her dying marriage and gives it one more try before calling it quits. While on a trip with Louis, she explains to him what she likes and how she likes it. She even gets him to participate in one of her fantasies.
Now that she has exposed her deepest secrets to Louis, she quickly finds out that he enjoys participating in having unconventional sex more than her. Louis turns the tables and takes Adele on the ride of her life. Now he’s taking her on a journey into a world of voyeurism, ménage-a-trois, sexual domination, and much more.
Happy with the course her life is taking, can she continue to keep the secret, and does she still need Hidden Pleasures? And – will her husband discover the skeletons that she has been hiding in their closet?

Monica L. Smith lives a vast contrast in lifestyles. She has been working in the medical field since 1997, first as a Certified Nursing Assistant, then in 2005 as a Medication Aide and, since 2013, as a Licensed Practical Nurse. She was born in Louisville, Kentucky, where she received her diploma. She then moved to Maricopa, Arizona, with her husband and 3 out of 9 children.

When she isn’t working, she enjoys old-school television shows such as “Perry Mason”, “Matlock”, “Forensic Files”, and more currently, “The First 48.” Her creative side began to emerge when she tried her hand at writing. She published A Softer Side of Me, a book of 10 poems focusing on her “normal” but inspirational life, including her husband, children and career. It spent time as #1 in the poetry genre on Amazon.

I was watching an old movie, "Jade". And I thought to myself, why is it that men get to have all the fun? So, I created a book with a story line that was exclusive to female clientele.

Be the first to review “Sins of A Housewife by Monica L. Smith” Cancel reply