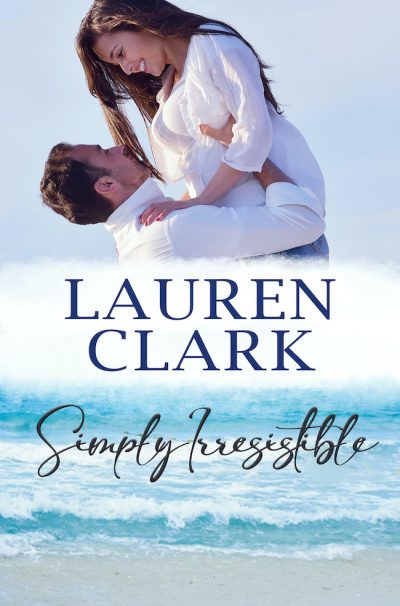 Amber Perry lives for her job as a junior advertising executive. When she’s given a chance to pitch a fantastic new product line, Amber’s convinced she can win the account. But the last person she expects to see in the Big Splash agency boardroom is the first guy to break her heart.

Five years ago, Kurt Stevens left St. Simons Island after a devastating break up. Now, he’s back to show everyone he’s made it. But the soon-to-be CEO of All Star Energy gets more than he bargained for when the impulsive, feisty, and beautiful Amber makes him an offer he can’t refuse.

When the pair is forced to team up on the energy drink launch, will this opposites-attract romance spark deeper feelings or burst into flames?

Find out in the new summer romance from author Lauren Clark!

A former CBS television news anchor and reporter, Lauren is the author of several award-winning novels, including Dancing Naked in Dixie, Stardust Summer, Pie Girls, and Stay Tuned. Visit her website at authorlaurenclark.com.

Lauren also writes suspense novels under the name Laura McNeill, including Center of Gravity and Sister Dear, both published by HarperCollins. Visit her website at lauramcneill.com.

I began writing nearly ten years ago and have since published 10 novels and short stories under Lauren Clark and Laura McNeill. For this series, set in the Golden Isles, Georgia, I was inspired by visiting the area. It's lush and beautiful, with amazing sunsets and lots of places to explore. I love the laid-back vibe and welcoming community. St. Simons and Jekyll Islands are the perfect places for a series of love stories with happily-ever-after endings!

“Amber!” A loud knock sounded through the wooden door, shaking the frame slightly. It was Becca, her best friend and coworker. “Are you all right?”
But Amber couldn’t speak. She couldn’t move. Pulse racing, hands clinging to either side of the sink, Amber closed her eyes, exhaled slowly, and counted back from ten. She could do this. She’d worked through worse. And come out the other side better for it.
It was the biggest moment of Amber’s life.
But she was definitely not all right.
Five minutes earlier, chest tight, head swimming with anxiety, Amber had locked herself in the advertising agency’s restroom. Big Splash, the top advertising agency in Georgia—outside the Atlanta city limits, where she, Amber Perry, worked.
Big Splash, located on St. Simons Island, had grown into a force of its own in the advertising world, landing large regional accounts and setting its sights on the national market. The agency’s CEO, Jordan Harper, charged each of the firm’s associates with landing three new contracts before the year’s end.
In the past month, Amber inked two new deals; small, respectable local businesses who’d thrived on island for decades.
But now…
Amber ran the back of her hand over her forehead. She gazed at herself in the mirror. A pair of serious blue-gray eyes stared back. Amber tilted her head and wrinkled her nose, considering her creamy complexion and pink cheeks. With a dusting of makeup and an understated indigo wrap dress, Amber looked professional and respectable. Like she belonged at the agency.
She could do this.
She was doing it.
Closing in on the three-account goal and impressing her boss, Jordan. To solidify her place at the ad agency table.
The team from All Star, Inc. would arrive in less than five minutes. The deal, done right, might change Amber’s career. After working eighty-hour weeks for the last year, it would be a gift of epic proportions.
All Star, Inc., a giant in the soft drink industry, was an advertising agency’s dream. The company boasted an impressive portfolio of soft drinks and sparkling water products. Since its launch, All Star had seen unprecedented growth. A fantastic, grassroots social media following. Amber herself followed the Instagram and Twitter accounts.
Now, All Star was rolling out a new line, All Star Energy. It would go head to head with the giants in the industry, Rock Star, Red Bull, and Monster, but Amber knew there was room for one more.
And there was an air of mystery around the account. At the helm of the new division was a soon-to-be-named CEO. A smart phenom with friends in prominent places.
It was crazy that All Star approached the agency in St. Simons. Stranger still was that the company’s representative asked specifically for Amber. Amber, the junior account executive.
Neither made sense.
Amber smoothed her hair for the hundredth time and frowned. She loved Georgia, the coast, and the beach. Everything except for the humidity, which made her hair a springy mess. Amber sighed and pulled it back, forcing it into a loose bun with a ponytail holder she kept around her wrist.
The banging resumed.
“Amber Perry, don’t make me call the fire station,” Becca’s voice, usually sweet and concerned, now carried a slight edge. “Your brother will be on that first truck.”
Despite herself, Amber smiled. Becca rarely used her full name or threats like calling Quinn, her brother.
“Seriously. Five minutes, Amber,” Becca added. She lowered her voice to a whisper. “It’s now or never. Is this how you want to play it?”
The words, aimed true, pierced Amber’s chest. The swarm of hornets in her stomach turned to butterflies. Still bouncing and flapping, but at least the butterflies weren’t lethal.
She closed her eyes and wished, for the hundredth time that day Jordan Evans, the agency’s president was here. Jordan, who always handled everything effortlessly. But Jordan was eight months pregnant with twins, visiting the obstetrician’s office for her weekly checkup. The babies, most likely, would make an early appearance.
Which meant Jordan being here wasn’t ever an option.
Amber swallowed back her anxiety and straightened her shoulders. Her eyelashes fluttered open.
“Get it together,” Amber whispered to her reflection. She had Becca, Molly, and the interns in her corner. They’d all placed faith in her to lead the charge and win this account.
With a deft movement, Amber switched on the tap, turning the temperature to icy cold. She bent over, caught the water in both hands, and splashed it on her face, makeup and all.
As the droplets hit her skin, Amber sucked in a quick breath. Cheeks and chin dripping, she reached a hand, grasped a towel, and dabbed at her face. Amber swept back a stray curl as she stood up and straightened. She glanced at her reflection.
Now, a spark glinted in her eyes. Her cheeks flushed a deeper pink, as if she’d just sprinted a mile. Her lipstick was long gone, but that hardly mattered.
It was time.