You are here: Products Shattered Pasts by Arabelle Stevens 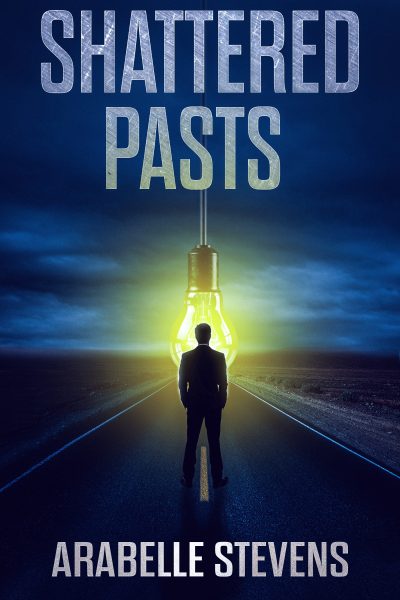 Recently divorced, Karen Wilson, bought a house with history. A history with a killer and murder wrapped in this steamy suspense thriller. She had a habit of falling too hard, too fast and when the sexy Bruce Jackson stepped into her life, it was no different. Little did she realize the threat this new romance would bring or the innocent baby at the center of the madness.

Arabelle Stevens lives in Maine with her husband, their Mastiff’s, cat, and chickens. Her background, other than writing, is as a criminal paralegal. She has retired from that latter life and now when she isn’t writing, she stays busy with her husband on their mini homestead in Maine, in the town she grew up in. She feels very strongly about the arts and is heavily involved with encouraging new writers with public speaking, workshops, and a great deal of personal email advice. To her, it’s not about competition, it’s about love of the art of writing. There’s plenty of work for everyone to be successful. She loves hearing from her fans and tries to personally respond to each contact, sometimes easier said than done.

Claire Stewart sat on the cozy porch of her little cottage. The small house was a sturdy, craftsman masterpiece, in great need of maintenance.
She had fallen in love with the house the minute she stepped foot in it with her realtor and loved the history of the property being part of the slave freedom movement and Underground Railroad system.
She’d been in the house now for almost two years. Carmine had loved it. He was so happy the day she told him she bought it and was moving to town. Prior to that, she always felt like he might be hiding secrets, like he had something going on that he didn’t want her to know about, maybe even another woman. But when he found out she was moving to town and wanted to have a life that heavily included him, he actually mentioned marriage and a future.
The evening fireflies were darting over the several blades of dry grass she called a lawn. Who knew Maine could get so hot. All she had the energy for was to sit very still on the front porch trying to breathe, sip her lemonade, and wear as few articles of light clothing as she dared. She felt as sweaty as her wet glass.
Claire was a thin, petite woman and in the heat, any sort of physical labor caused her brunette hair to absolutely stick to the back of her neck. Normally she enjoyed her thick curls, but on days like today, it was nothing less than insulation. She rested her head on the back of her chair, and let her eyes wander lazily around to the other lawns, to her old car in the driveway, then to the trickle of perspiration that was winding down her leg.
She closed her eyes and listened to her world. As she sat very still, no movement around her but the floating air like hot breath on her skin, she heard it. Rustling among the shrubs in the side yard.
She opened her eyes but tried not to show the panic she felt. Her suddenly erect arm hair was the only movement she made. There was no one in sight. Her nerves tensed and she couldn’t breathe. She couldn’t move.
The rustling came again and her throat closed. She’d been receiving phone calls of late. Strange calls. The voice taunted her. He knew what her routine was. He knew when she left her house and where she went. He knew when she returned to her home. And then, the most frightening of all, the realization that someone had been in her house while she showered for work.
And now this. Her chest tightened. Breath couldn’t penetrate her lungs.
She stood up ever so slowly, but as casually as she could, natural movements. No sudden movements. No panic. Nothing to appear like a frightened rabbit fleeing from its predator.
As she reached the bottom step, the bushes burst apart and her attacker lunged at her from his hiding place. Her heart exploded in her ears and then immediately began to ring piercingly. Just for a moment. She screamed as loud as she could. Her glass shattered on the walkway. Then her vision cleared.
“Boomer!”
The over-sized golden retriever from next door, frightened by her scream, threw himself down onto his back, paws in the air, tail brushing wildly on the walkway, pleading for forgiveness.
Claire’s relieved voice turned into that high-pitched baby-tone lovingly used with friendly pets, as she tried to catch her breath and refill her lungs after the fright.
“You scared me to death, Boy. What are you doing hanging around in my bushes? Were you waiting for me, Good Baby?”
She bent down and gave him the obligatory belly rubbing. “Okay, Baby. One good rub and off you go. You get back home. Silly Boy.”
Boomer, satisfied sufficiently with the attention from his neighbor, flipped up to his feet and began his trot home.
Claire, realizing how paranoid and silly she had become, watched the animal make his way through the front yard, tail wagging wildly in his wake. Someone was just trying to scare her and apparently it was working. She just needed to relax. It was ridiculous and she convinced herself to put the entire thought out of her head and not give in to the terrorizing.
She went inside and closed the door, checking behind herself to make sure the door was closed and then bolted the lock.
Before she could turn from the door, she felt strong arms around her and a large hand clasp over her mouth and as she was lifted off of her own feet, she felt her shorts being pulled down.