You are here: Products Shane: A Mafia Love Story by R.E. Saxton 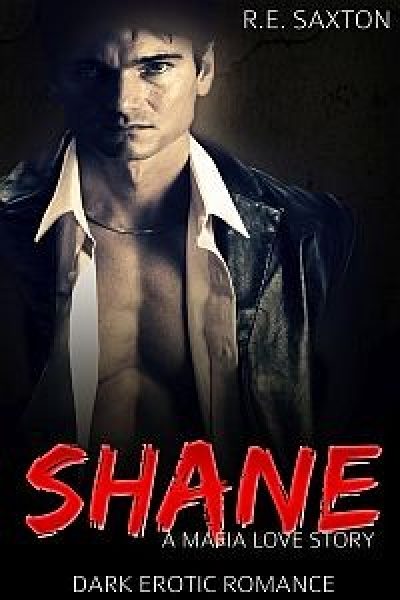 Special introductory price of $0.99 only available for a limited time.

As captain of an Irish mafia crew, Shane has everything he wants. Money, women, and power. He can have anything, except the one woman with whom he’s obsessed. Mia Kasilli, daughter of a Russian kingpin, wants nothing to do with that lifestyle. When he can no longer be without her, he orchestrates a series of actions that leave her father in his debt and Mia in his power. He’s dark and dangerous, the embodiment of everything she doesn’t want in a man, so why does she crave him so much? She’ll fight him every step of the way, but how will she fight herself?

This is a full-length novel (75,000 words) without cliffhangers. It includes a bonus short story at the end.

This story contains violence, rough sex, and sexual situations some readers might find objectionable. If a hot mafia man driven to any lengths to possess the woman he wants isn’t your thing, you probably wouldn’t enjoy this book. However, if you like a dark, Alpha, possessive man with a tender core deep down, who will do anything for the woman he loves, including kidnapping, going to war with rival mafia, protecting her from her enemies, and fighting through her resistance to change her perceptions, get ready to meet “Shane.”

“You’re aware of your father’s…profession?”
Mia sighed deeply. “I know he’s the Avtoritet under the Pakhan of the Varnakov bratva, which makes him about number-three in their hierarchy, but I don’t know specifics. If you’ve brought me here to gain some kind of advantage, or obtain information, you’re out of luck. I want nothing to do with him or the russkaya mafiya.”
“Hmm.” Shane gestured to a wet bar. “Drink?”
She shook her head. As the silence lengthened, she asked, “What is your profession, Mr. O’Mara?”
“Shane will do.” He made her wait as he walked to the wet bar to pour a glass of something amber. “Your father and I are in the same line of work, but for different companies, I guess you could say.”
She didn’t bother to hide her disdain. “You’re a violent thug too?”
He took a sip of his drink, seeming unbothered by her appraisal. “I wouldn’t call myself a thug, honey. That denotes a different lifestyle from mine.”
She rolled her eyes. “Do you really think you’re any different from the typical gun-toting, drug-selling pimp in the gutter?”
His lips tightened. “I have something most of them would kill for.”
“What?” When would this posturing end, so she could go home? Her cat needed to be fed, and she was losing the precious opportunity to have the apartment all to herself.
“Power. I can have anything I want.”
“Good for you.” She gritted her teeth. “Now, tell me why the hell I’m here.”
He finished his drink, but didn’t pour another one as he returned to his perch against the desk, though nearer to her this time. “That requires a bit of background explanation. Are you sure you wouldn’t like to sit?”
She shook her head, aware of strands of dark hair spilling from her knot and falling around her shoulders in an irritating fashion. “Just get this over with so I can go home.”
“Indeed.” His expression sharpened. “What do you know of the mafia, Mia?”
“As little as possible.” When she had first realized exactly what her father did, Mia had made a deliberate choice to avoid it at all costs. Her stepmother had helped shield her the best she could, and she had remained mostly ignorant toward the evil her father committed.
“There are varying groups who oversee criminal activity in our fair city, but the three most powerful are the Irish, Italians, and Russians.” He lifted a brow. “The Russians were a bit late to the party, but they’ve debuted with a splash.”
She shrugged. “Why should I care?”
He ignored the question. “As you can imagine, there was a great deal of violence as each group protected its territory and sought to expand. About ten years ago, things got particularly violent. Even the feds in our pockets couldn’t turn a blind eye, so the heads of each family decided a truce was in order.”
She shifted again, resisting the urge to sit down in the comfy-looking chair just a few feet to her left. Ten years ago was about the time her father had started dating her stepmother, and she wondered if it was a coincidence that a Russian Avtoritet had married the daughter of an Italian don.
“They each carved out their territories and divvied up various lucrative markets.”
She didn’t really want to know the answer, but felt compelled to ask, “What does my father oversee?”
“Drugs. Particularly heroin, which is making a comeback among yuppies.”
She shuddered, hating the idea of her father putting drugs onto the streets, especially since that same poison had stolen her mother’s life. “And your group?”
He smiled, and it was a chilling sight. “The Irish have always had a special affinity with weapons, honey. That’s our main business.”
She scowled. “You’re the one to thank for that thirteen-year-old who murdered the convenience store clerk last week?”
He blinked. “Not personally, but it’s possible he got the weapon from one of our distributors.” That fact didn’t seem to bother him.
“And the Italians?”
“Sex trade, forgery, money laundering…they’re a multitasking sort.” He smiled slightly, and she refused to acknowledge how devastatingly handsome that made him. “Our little experiment is working quite well. Other branches of our families are starting to emulate our model of cooperation.”
“Isn’t that terrific?” She glanced pointedly at her watch. “You still haven’t told me why I’m here.” If he thought she could be some kind of leverage with her father, he was mistaken. Vadim cared as little for her as she did for him.
“You can imagine how disastrous it would be if our truce fell apart. There is a lot of pressure from others higher up in our families to maintain this peace, so when something goes wrong, we have incentive to fix it.”
“I don’t care,” she bit out.
He shrugged. “We’ll see. Last month, a group of thugs stole a major shipment from your father. My people intercepted it before Varnakov found out Kasilli had a problem. Your father owes me a debt.”
She closed her eyes for a second. With a deep breath, she forced herself to meet his gaze. “My father owes you, so why am I here?”
“You’re the price he’s paid, my sweet.” He made no attempt to disguise the blaze of desire in his gaze. “And I’m going to get full value.”

Be the first to review “Shane: A Mafia Love Story by R.E. Saxton” Cancel reply