You are here: Products SENSO by Casey Butts 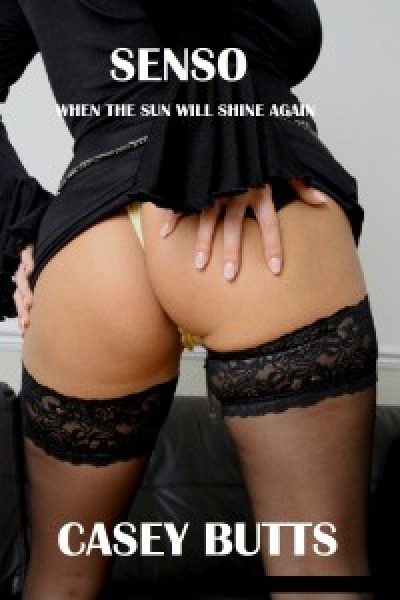 It’s the story of Wayne Waverley, a journalist who had a car accident on his way to Singapore airport. The day he was called back to England; and taken to the nearest hospital, he had the chance to meet Elizabeth Hamilton his devoted nurse. She happened to be the true love he never had. Discovering quickly that he had no chance to make love again, he decided to fulfill her demanding sex addiction by accomplishing her own personal whims, as it was his own. Fortunately for them both, it was with maturity that Liz realized, that love has something of a certain grandeur, that sex doesn’t equal at all: tenderness, sincerity and genuine feelings.

My name is Casey. I’m what it says a retired stewardess from British Airways. Being a real swinger, I moved with my husband to the South west of France in the naturist camp of “Cap d’Agde”. Flying from coast to coast, I used to read a lot between airports. So, I made up my mind to write erotica stories myself for the best of my reader. if you need to meet me on any weekday, I’m usually in the most well- known swinger clubs around. Otherwise, I should be somewhere incognito in a french café with a large coffee in one hand, and a ball point pen in the other.

The love of erotica in literature.

In the taxi, the two women started to kiss each other. Liz delved her meaty tongue in Fiona’s mouth, mingling her saliva with hers. They parted down the street, and Liz got off the taxi.
On the ‘avenue des Ternes,’ She walked in the first busy place, she could find. As she went through the place, her mature beauty had captured the attentions of many, and lonely females in search of new sensations were observing her. At the bar, she noticed a tall woman on a stool, reading a book. The woman gave her a side look that she could not ignore. “What is she thinking?” Liz, wondered.
Still looking at the woman features opposite her table, she admired the woman’s long legs. They were slim and regular in shape, like those of a dancer with a tattoo around her ankles. But it was her oval face that captured Liz the most. She was beautiful and young. Was she capable of the extreme? With no hesitation, the woman returned her intense gaze with a desire that couldn’t lie.
Liz beckoned the waiter and handed him a paper pad she had written on. After having read the message, the woman smiled in return, and joined Liz outside. When the young woman came out, Liz waved at her from her taxi, and the young lady climbed into the back of the cab. She wanted to talk, but Liz silenced her with the tip of her finger.

Be the first to review “SENSO by Casey Butts” Cancel reply