You are here: Products Send Me A Cowby by Joann Baker 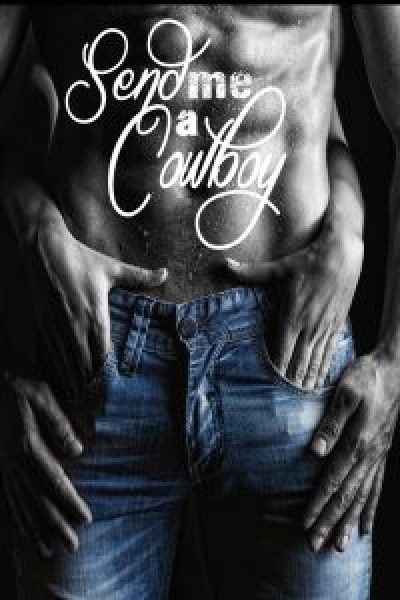 Send Me A Cowby by Joann Baker

Joann Baker and Patricia Mason love romance – sweet, sassy, with a little heat and always with a happily-ever-after. Their stories always include that sweet and sassy heroine who can bring that alpha male to his knees, whether he’s a cowboy, lawman, or billionaire rancher. Working together isn’t as difficult as one would imagine In fact, they are often accused of sharing the same brain. They love to hear from their readers and nothing thrills them more than a five star review (hint, hint!) Email them at [email protected]

We love cowboys? What else do we need to say? Oh, we love cowboys who fall in love with curvy women who tend to spice up their live a bit.

“I’m not paying you to flirt with my brother, Ms. Lenard.”
Katie shook the hair out of her eyes. She’d opted to wear it down this morning to go with her casual outfit. Even though she really did have a heart-stopping crush on the man, his blistering attitude was quickly helping her to dispense with her rose-colored glasses. He had been relentless yesterday afternoon and this morning, he was being, well, a jerk.
“Don’t worry,” she smiled around clenched teeth. “I won’t charge you extra.”
“Damn it, Katie.” His eyes glittered down at her and her breath hitched at the use of her given name. It was the first time he’d used it.
Her eyes roamed his tall frame helplessly. He looked his usual mouth-watering self this morning. The usual black Stetson sat carelessly atop his slightly overlong hair, the ends curling over his shirt collar. He was dressed in a dark blue chambray shirt that emphasized the width of his shoulders. It was tucked neatly into faded jeans that emphasized his long legs and perfect rear. A well-worn leather belt encircled his waist, which was thankfully not body-builder-slim. His cowboy boots added another inch to his already impressive six-three height. Dear Lord, Katie felt almost small standing next to him.
“What?” She’d been so lost in his powerful aura that she’d forgotten their train of conversation.
Leaning close, he enunciated clearly, “Do. Not. Flirt. With. My. Brother.” He still held her elbow and gave it a hard squeeze.
Oh, no, he didn’t.
“Whom do you suggest I flirt with?” She took a step forward, bringing their bodies just within touching distance. She laid one hand on his chest, right above his nipple. She was super glad she’d treated herself to a manicure last week. Her nails were still flawlessly polished with a dark pink color and she’d even managed not to break one yet.
She felt his muscles tense beneath her palm. She wasn’t supposed to flirt with his brother. Okay. So what about him? Her lack of sleep and his he-man attitude aggravated that part of her that had always been too timid to take a chance. What did she have to lose by flirting with the handsome rancher?
Since she was too short to reach his ear, she stood on tiptoe and whispered against his jaw, “You, Mr. Kinkaid?”