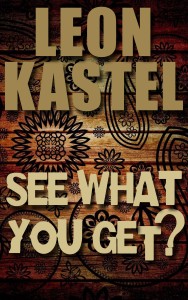 My rich life and experience combined with a vivid imagination.

Paula walked from behind the reservation podium and felt the gentleman’s eyes on her plush bosom. She was wearing a pale grey cashmere sweater that showed off her large breasts. She knew he was impressed with her form when she saw his smile. He had the kind of smile that she was worked for. It’s the kind of smile expressed by a man who is impressed and pleased that such a beautiful, substantially endowed woman could be so helpful.
Paula addressed the couple as she stood erect, her breasts jutting dramatically in their cashmere showcase. She whispered, “Follow me, please.”
As she passed the couple to lead them through the sensual ambiance of the restaurant she felt the man’s eyes on her breasts again. She was satisfied that she had completed her work, now to see the gratitude.
As the couple approached their coveted booth Paula saw the man’s hand move. He deftly handed her a bill folded in half, as if it were done with a sleight of hand that kept all of this event a quiet, personal secret.
Paula nodded without answering and smiled only slightly as she accepted the bill. Paula allowed no one except the woman in the couple to see that she had accepted the bill. The bill was a tip, a token for her assistance. It was given for granting to this couple their romantic wish. She placed the bill inconspicuously into her book.
Paula knew the man had only given her a twenty so she summoned the waiter as if this merely mortal couple deserved some happiness, some brief share in the status and the dream of the famous Restaurant Richelieu.