You are here: Products Seduced in Secret by Shiloh Walker 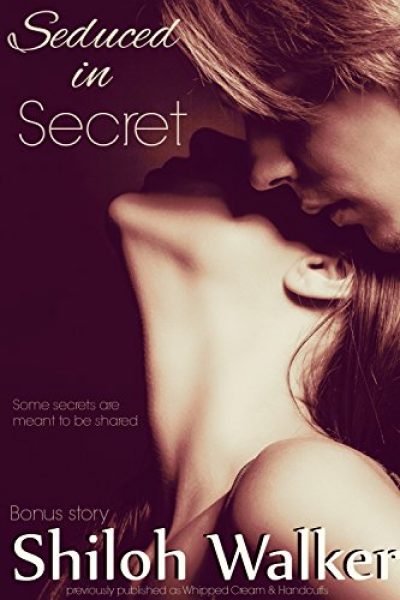 Seduced in Secret by Shiloh Walker

Life laid out, Tessa had everything set. Engaged to marry the perfect man, a rich, great-looking doctor, she was content with her life, or so she thought. Then the gift arrived. Delivered to her office on Valentine’s Day, it was filled with handcuffs, sexy little toys and a suggestive little card.

It wasn’t from her fiancé, either.

When the emails and the phone started coming, she should have been able to brush them off, except the man said something that left her uneasy…and not because he scared her, but because he was right. Your fiancé will never make you happy, Tessa.

Confused, she starts looking at her fiancé, her life…and other things…in a whole new light. One of the things she finds herself considering is her best friend and neighbor, Caleb. He’s always been there. Even when he spent years in the Navy, Caleb was the one she could count on and now isn’t any different. He’s there to listen when she needs an ear and he’s got nice, strong shoulders when she needs one to lean on.

It doesn’t her long to realize that one thing is certain—her fiancé can’t make her happy. But now she doesn’t know whether she wants to take a chance on her sexy secret admirer…or Caleb, the man who’s been there waiting for her all along.

It includes a short bonus story called Don't Walk Away.

Shiloh Walker has been writing since she was a kid… she fell in love with vampires with the book Bunnicula and has worked her way up to the more…ah… serious vampire stories. She loves reading and writing anything paranormal, anything fantasy, but most all anything romantic. Once upon a time, she worked as a nurse, but now she writes full time and lives with her family in the Midwest. She also writes under the pen name J.C. Daniels.