You are here: Products Secret (Tales of the Circle Book 2) by Timothy Warren 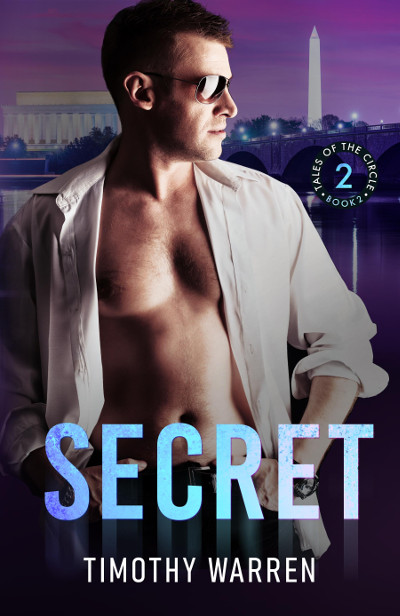 Secret (Tales of the Circle Book 2) by Timothy Warren

Jack Keegan works for the Secret Service—a government policing agency providing security to the upper echelon of national and international VIPs. One night, while working an embassy event, Jack meets Demarco and becomes part of the… SECRET

Demarco and Jack soon find themselves entwined in a mystery involving the son of Middle-Eastern royalty. Will Jack’s obligation to protect his country outweigh his fierce attraction to the handsome male escort? Will Demarco get past his inner insecurities and allow his beefy bodyguard access to a heart hardened by experience?… SECRET

Timothy Warren lives in the Atlanta suburbs with his husband and their pets. When he is not writing, he is writing in his head… which often leads to strange looks from his spouse.
He loves writing about things that make him smile—the chemistry between men, in particular. Sex plays a big part in these relations, but love wins out more so with his enjoyment of telling these stories… as in life.
"I like to write about men, being men, and falling in love with men. And I love a happy ending."

SECRET (Tales of the Circle Book 2) was inspired by the popularity of a side character from the first novel. Demarco Alford is a witty man who also happens to be a high-profile escort in Washington, DC–a city filled with closeted politicians that would require his services.