You are here: Products Secret Blend by Jennifer Bramseth 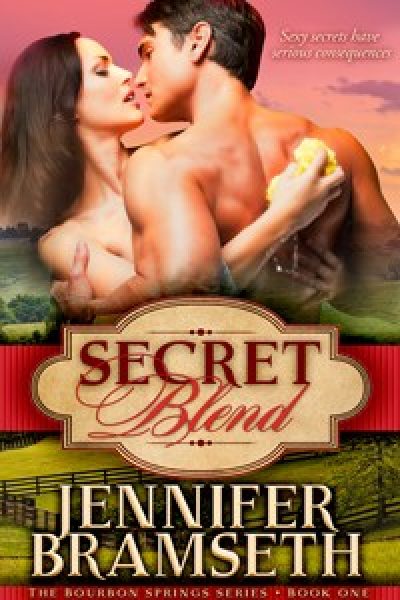 Rachel Richards and Brady Craft have known each other for years. Now they’re new judges in little Bourbon Springs, Kentucky, in the heart of the Land of Bourbon and Bluegrass. Sparks fly when they’re forced to share chambers, but can they build a long-lasting love in the face of small-town pressures in Bourbon Springs, where gossip flows as freely as the bourbon?

Jennifer Bramseth is a native Kentuckian and lifelong resident who lives next to a major thoroughbred horse farm and within minutes of several legendary bourbon distilleries.

All of the book titles relate to bourbon and reflect an aspect of the couple’s relationship and plot. The series will be a total of nine books; five books and a short story have been released. Book 6 will be released in early 2016.