You are here: Products Secret: A Military Stepbrother Romance by Aubrey Irons 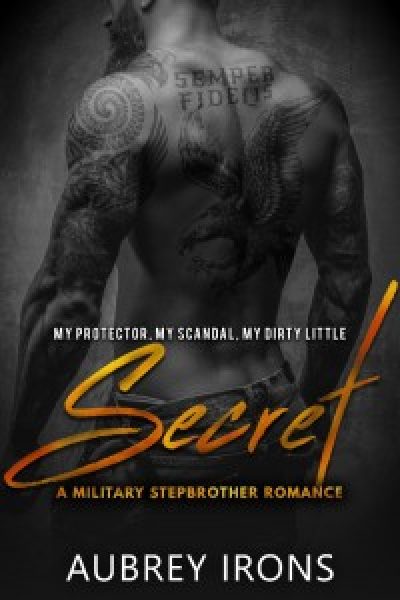 Hunter Ryan is a monumental d*ck.

Bad boy, womanizer, soldier, pr*ck. Oh, and he thinks he’s God’s gift to women – mostly because of his… endowments.

My mother just became the first female President of the United States, and now she’s about to marry her Secretary of State – Hunter’s father.

Which means besides being my new security detail, that arrogant, insufferable man is my new stepbrother

Oh, right, and it’s worth mentioning that I already slept with him.

I’ve got a scandal that could rock the entire world. Dirty, illicit, forbidden; my secret, my stepbrother.

This is about to be a true state of emergency; a national catastrophe.

Aubrey Irons enjoys writing about bold, sassy, and intelligent women and the dominant, cocky, and quite typically forbidden alpha males who love and lust for them; gripping stories, happy endings, and enough heat to keep things extra steamy! In the real world, Aubrey is kept plenty entertained by her own tattooed Marine husband, their precocious and adorable three year old, and one very ill-behaved puppy.

Be the first to review “Secret: A Military Stepbrother Romance by Aubrey Irons” Cancel reply