You are here: Products Secondhand Heart by Kristen Strassel 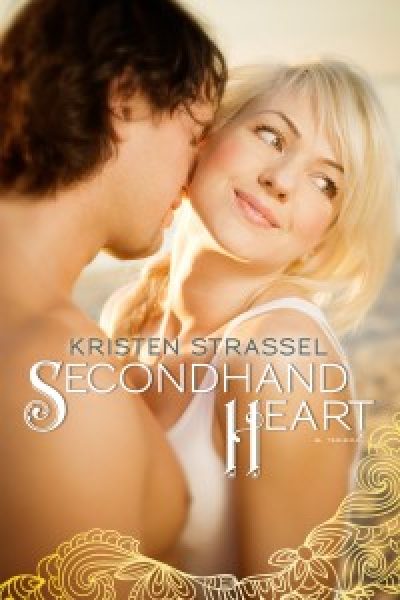 Daisy Mangold thought she had her life figured out until a roadside bomb in Afghanistan changed everything. Now a twenty-one-year-old military widow, Daisy moves back home to start over.

Cam Hunter won the reality show The Spotlight, and thought he was on his way to becoming the next big country star. But when whispers of how he won begin to surface, Nashville is less than welcoming. After he loses his record deal, Cam heads back home to open a country bar.

When Daisy meets Cam, she isn’t sure she’s ready to let go of the ghosts from her past. Cam’s ex-wife isn’t ready to move on either, and the tragedy she causes will expose Cam’s secrets and shatter Daisy’s family.

Will Daisy be able to follow her heart into a future with Cam, or will her grief keep her trapped in a past that no longer exists?

Kristen Strassel writes books about rock stars and vampires. After all, they tell you to write what you know. She is a passionate music fan who also loves football games and diner food. Kristen works as a makeup artist on film and TV shows when she’s not writing, and loves being behind the scenes. A former resident of Las Vegas, Kristen now lives in the Boston area.

I kept thinking about a girl who became Daisy, who didn’t want to go out and celebrate her 21st birthday. I asked myself why, and I realized she was a young military widow having a hard time getting back on her feet. I loved writing Daisy, because life handed her a lot of things that no one is ever ready to deal with, and she dealt with them in the best way she could. And she gets a happily ever after.