You are here: Products Seasons of Love by Ginnie Carmichael 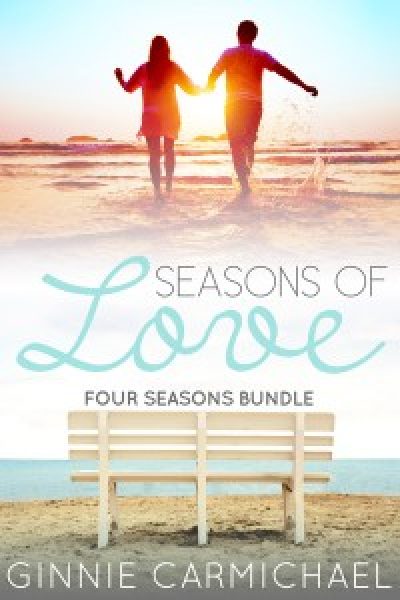 Seasons of Love by Ginnie Carmichael

Elsie seems to be the only person Alex is willing to let into his life. She wants to be with him more than anything, and is ready to give him the space he needs to confront his demons. What she doesn’t know is that the man she is slowly falling in love with might need more time than she can give.

Alex has been at rock bottom for far too long and Elsie seems to be the only person who can put some sunshine in his days. That is, until he realizes that she wants commitments he’s not yet ready to make. Dealing with his past is harder than ignoring it, but he’s going to have to face it if he wants to be with Elsie.

They both deserve a happy ending, but are they willing to put in the effort to make it work? Is their love for each other stronger than everything that tries to break them apart?

Ginnie is a French-Canadian author who decided to follow her dreams and live a creative life. She’s been writing since she was fourteen years old and it’s not a surprise that she chose this path. Being an author also allowed her to travel full-time with her boyfriend. Both her childhood dreams came true and she is ready to do whatever it takes to keep writing and traveling. If you want to know more about her lifestyle and where she currently is, check out her travel blog: FarmBoy and CityGirl

It’s my first romance novel. For me, it’s all about telling a story that’s been in my head for so long. I just want to spread it to the world and let people enjoy it!