You are here: Products Season Of The Devil: Love & Evil In Palm Beach by Pamela Southwood 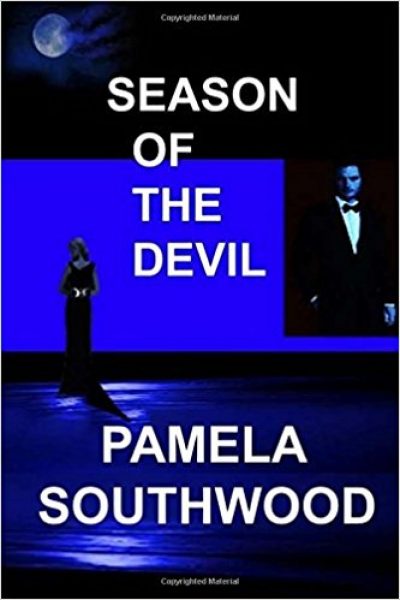 Season Of The Devil: Love & Evil In Palm Beach by Pamela Southwood

MEET THE HOT AND DEVILISH MILLIONAIRES OF PALM BEACH!

Why Do The Top Men In The World Like Trump Always Win?

Why Do You Think They All Go To Palm Beach To Strengthen Their Power?

Walk A Mile In Their Louboutins And You Will Understand!

Warning: Contents may contain shallow characters with little or no conscience, and ones that you may fear or possibly not care for. Looking for readers who are a bit wild, have a little darkness in their own life, and don't mind a handcuff from time to time…Welcome to Palm Beach!

Kristen Winslow is beautiful, blonde, and somewhat naïve when it comes to her men. She has a knack for picking the wrong ones! She is expected to marry within her social circle; but the wealthier they are, the more secrets they have!

Palm Beach is hiding even a bigger secret as the prestigious members of the Whitestone Country Club are running amok trying to “secure” dates for their highly anticipated Black Veil soirée. At this shadowy event it is never considered a privilege to be the Guest of Honor, and poor Kristen is perched right in the center of their sight lines. And, with these edgy millionaires, their playrooms take on a whole different meaning!

It has been quite a quest for the young socialite while searching for her prince. She hooks up with a top executive, a Mafia nightclub owner, and a quirky New York police lieutenant, as she tries to avoid kissing all the other frogs along the way. She is also preyed upon by Robert St. Germain, a high stakes con artist who she just can't seem to escape!

Kristen finally finds her true love but then forsakes it all for Karl, a handsome and mysterious British tycoon that she meets at a charity ball. As he lures her into his dark realm, Kristen is now unsure of exactly who is in charge of her future. Is it all just a bad dream?

Season Of The Devil is filled with steamy romance, a hint of the supernatural, and unforgettable characters that you will swear are real!

Its unexpected twists provide for an adventure on every page!

In Palm Beach There Are Only Two Seasons.

Hurricane Season And “His” Season…

Be the first to review “Season Of The Devil: Love & Evil In Palm Beach by Pamela Southwood” Cancel reply