You are here: Products SEAL Together by Maryann Jordan 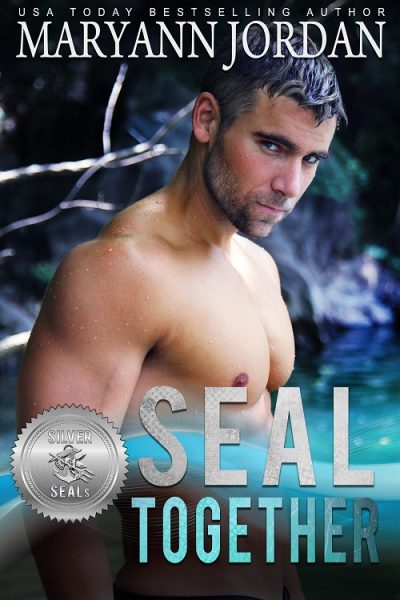 SEAL Together by Maryann Jordan

After twenty-five years of active duty, US Navy SEAL Commander Eric Lopez chafed at his forced medical retirement. Bored, he jumped at the opportunity to work for a DHS Secret Division Command.
The new National Bio and Agro-Defense Facility had just opened and was already embroiled in controversy. One group protesting the facility want it shut down due to safety concerns. An animal extremist group in the area is known for terrorist activities. And, a contingency of foreign scientists and journalists will be visiting the facility and the cyber security chatter is that someone there will be threatening the facility.
With his background in biology, Eric is the perfect choice to go in to assess the situation as part of the foreign delegation, never expecting to fall for a beautiful veterinarian working there.
Dr. Lydia Hughes, a veterinarian at the facility, takes a chance on love again with a man she thinks is a journalist. But, just her luck, she ends up in the hands of kidnappers who have mistaken her for a lead scientist.
Eric pulls together a team and they race to find Lydia before the kidnappers discover they have the wrong person and dispose of her. Saving her life is his mission. Falling for the beautiful doctor became the unexpected reward.
Scenes in the book are similar to what you would find in an “R” rated movie. Intended for readers 18+.

As an Award Winning, Amazon International Bestselling and All-Star author, Kobo, and Barnes & Noble Best-Selling Author, I have always been an avid reader. In 2013 I started a blog to showcase wonderful writers. In 2014, I finally gave in to the characters in my head pleading for their story to be told. Thus, Emma's Home was created.
My first novel, Emma's Home became an Amazon Best Seller in 3 categories within the first month of publishing. Its success was followed by the rest of the Fairfield Series and then led into the Love's Series. Soon, other spin-off series came along and 8 of my books have made Amazon top 100 Bestselling books.
Gabe, from the Alvarez Security Series won Silver Medal and 5 Star Review by the 2016 Reader's Choice Awards.
Honor Love was an award-winning novel from the 2016 Reader's Choice Awards.
Serial Love was an award finalist novel from the 2016 Reader's Choice Awards.
Coming Home was awarded the 5 Star Review by the 2017 Reader's Choice Awards.
My books are filled with sweet romance and hot sex; mystery, suspense, real life characters and situations. My heroes are alphas, take charge men who love the strong, independent women they fall in love with.
I worked as a counselor in a high school and have been involved in education for the past 30 years. I have just retired and look forward to more time with family and writing!
I have been married to a wonderfully patient man for 36 years and have 2 adult, very supportive daughters.
When writing, my dog or one of my cats will usually be found in my lap!

His elbow was bumped slightly, and as he jerked his head around, he heard a soft voice say, “I’m so sorry. Please excuse me.”
The voice was not only soft, but slightly deep, with a sultry edge to it. Not a girl’s voice…a woman’s voice. Catching her eyes, he was speechless for a moment. Standing next to him was definitely a woman. Her thick, dark hair hung to just below her shoulders, trimmed so that the edges flipped slightly. Her brown eyes were warm, with little flecks of amber that caught the lights from behind the bar. Her makeup had been applied with a light touch, and her lips were kissed with a rosy gloss.
A dark green, knit shirt showed no cleavage but gave evidence to her curves. His eyes swept downward, and he admired the way her ass was showcased in her dark jeans. Wearing low heeled boots, he estimated her height as just tall enough to tuck under his chin if he was standing.
He blinked as she smiled his way and, while he could categorize and appreciate her assets, she was of indeterminate age, so he let his thoughts stop there. Then again, her face was beautiful and youthful but exuded maturity. She was definitely not one of the coeds that crowded the bar.
Her smile faltered, and he realized that he had not accepted her apology for bumping into him. Her eyes dropped and she began to turn away.
“You don’t need to apologize,” he said. “This place is pretty packed. It would be hard not to bump into someone here.” He held his breath for a second, releasing it when she turned back around and greeted him with her beautiful smile once again.
She cocked her head to the side, and said, “I agree, this place really is crowded. It’s not something that I typically do, but I was invited out this evening, so here I am.”
Suddenly interested in talking to her more, he nodded toward the empty bar stool that was next to him, and asked, “Would you like to join me? Or do you need to get back to your friends?”
Shaking her head, her hair gently floating about her shoulders, she replied, “It was an engagement party for a coworker, not a close friend. I’ve made my appearance and wished them well. I was actually getting ready to leave, when someone bumped into me, and I, in turn, bumped into you.”
Returning her smile, he said, “I’d love to buy you a drink.” He watched her hesitate, then once again breathed easier when she nodded and placed her hand in his. He assisted her onto the barstool and signaled for the bartender.
“I’ll just have a glass of white…Riesling, if you have it.”
Within a minute, the bartender returned with her glass of wine and she took a sip, before turning and looking at him. “I’m Lydia.”
“Eric. Pleased to meet you.”
Tilting her head to the side, she asked, “Do you live here?”
Shaking his head, he replied, “No. I’m here on business. What about you?”
She nodded and smiled. “Live here. Work here.”
Small talk ensued, but it became harder and harder to hear. Their knees had moved closer together, and as the noise in the bar increased, their heads inclined toward each other.