You are here: Products Say You Need Me by Carrie Lomax 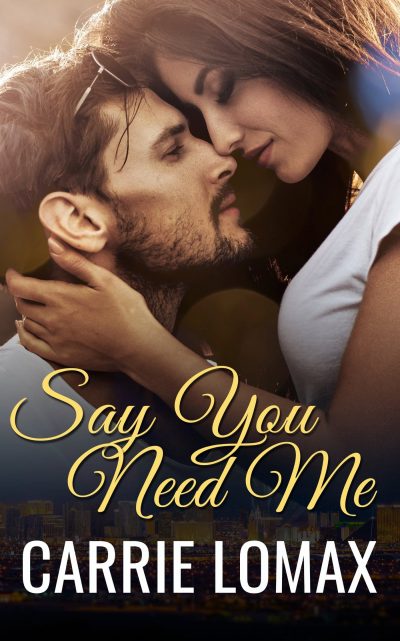 Say You Need Me by Carrie Lomax

She’s hit rock bottom…in Las Vegas.
Janelle Carlisle thought signing up to be a sugar baby would be a great way to pay down her student loans and prove she’s finally over her last boyfriend—two birds, one stone. But it all goes cockeyed. Now she’s sharing an undersized hotel room with one drool-worthy, ex-Army, IT security consultant, at least until she can get her ID back from the sugar daddy and her ass onto a plane back to Florida. She’s in no rush, though, if it means accomplishing at least one of her goals…

It doesn’t. He’s not sorry about what happens next.

Win big or go home.
Trent has no intention of getting involved. Janelle’s not going away. Her new career puts them on a collision course with Trent’s past. He once gambled and lost everything—no way is he going all in on Janelle. Someone’s going to lose big—unless they can hit the jackpot together.

(Book 2 of the Say You Will Series)

Carrie Lomax grew up in the Midwest before moving to New York City for 15 years. She lives in Maryland with two budding readers and her real-life romantic hero.

After writing Say You'll Stay, Janelle stick with me. If you've read the first book you'll know that she's not an easy character -I have a soft spot for "difficult" heroines. She needed a hero who could push her hard, and who could in turn push her past her princess complex/sulk. There was a personal component to the character of Penny. She needed to have a happy ending, because so many people contending with drug addiction don't.