You are here: Products Saving Heather by Krystyna Allyn 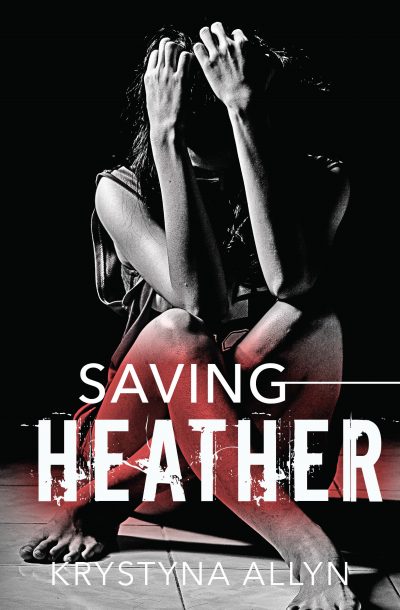 Jeremiah
I’ve watched from the sidelines for years, biding my time, wanting her.
When I finally had her within reach, I turned my back and left.
Not because I didn’t care. No, I cared too much. Leaving was the only way to save us all.
An evil has crawled among us, infected the pack and is gaining momentum. Setting things right has fallen upon my shoulders, and it’s up to me to rescue those I care for.
A daunting task lies ahead but I’m up for the challenge, the alternative doesn’t bear thinking on.
The ultimate goal has always been her, will always be her.
I hope she’ll wait for me.

Kylie
I’m finally free to be with the man I love, but at what price?
Not only are we being hunted, but my sister has been forced to take my place in captivity.
All I’ve ever wanted was to be with him. Now, he’s gone, leaving my heart in tattered shreds.
I’ll wait for him, hold on as long as I can, fighting off the darkness that threatens to tear us apart.
I can’t let him go again. If I do, it will kill me this time.

***Saving Heather is not a standalone novel. It is recommended you read Finding Kylie initially, in order to follow the plot.

Krystyna lives in somewhere USA with her amazingly awesome husband. Though she works full time, blogs and reads like a maniac, she still manages to find the time to write all her crazy stories.

Her hobbies include baking, skydiving, karaoke and general mischief. The list of her favorite authors is endless, so rather than singling out anyone particular, she'll just mention her number one go-to cookie is oatmeal raisin.

This is the second book in my Hybrid Series. It was originally meant to be one book, but the more I wrote, the more I wanted to tell the stories of each character. The first book, Finding Kylie, introduces Jeremiah and Kylie, but their story doesn't get told until Saving Heather.

“What took you so long? I’ve been here forever.”
Jeremiah whines, hoping it comes off as his wolf being annoyed.
“Oh, shut up, J.” Evan crosses his arms in front of his chest. “It’s not my fault you have the speed of an elderly woman. Should I get you a walker? Perhaps a cane?”
Jeremiah growls at Evan’s quips, his wolf ready to pounce on his friend.
“Shift back, so we can have an actual conversation. It’s no fun when the insults are one-sided.”
A few moments pass before Jeremiah completes his shift back to human form. Scowling, Evan throws a pile of clothes in his direction.
“Put some pants on, J, I really don’t need to see any of that.” Evan motions at his naked body.
“Feeling inadequate?” He chuckles, pulling his jeans up. “I can’t help that my muscular wolf body is superior to your wimpy vampire form.” He jokingly flexes his arms as Evan shakes his head in mock disgust.