You are here: Products Saving Grace by Norah Wilson 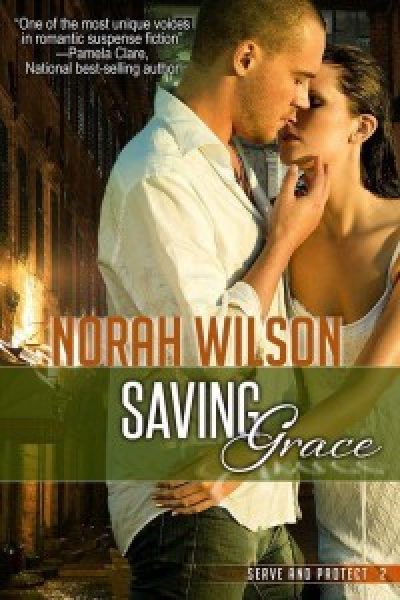 After wrecking her car and waking in hospital with amnesia, fledgling reporter Grace Morgan has no idea why she’d been in the process of leaving the husband she loves so dearly. Her husband, Police Detective Ray (Razor) Morgan tells her she was leaving him for another man, but that just can’t be so. Can it? She’s determined to remember, even if it kills her. And it just might. When bullets start to fly, Ray is forced to take the wife he believes faithless on the lam until they can figure out who is trying to kill them.

I wanted to explore a situation with a perceived marital betrayal. I wanted to take a “happy” couple, throw them into this crucible, and make them finally get real with each other so they can build a new and better relationship. I really enjoyed peeling back their layers.