You are here: Products Saving Babylon by Kimolisa Mings 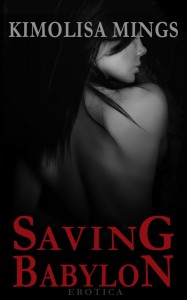 They used to call her kind psychopaths, sociopaths, but now they call them Unbreakables. And for the first time in half a century, an Unbreakable is an Inamorata, a giver of pleasure, in New Gotham’s most prestigious house of pleasure, Babylon.

What Dani doesn’t know is she is not the only Unbreakable in Babylon and this Unbreakable may destroy Babylon, robbing Dani of the only place she can call home.

Can Dani stop the destruction of Babylon?

Can Dani save Babylon?