You are here: Products Ruslan: A Very Russian Romance by Victoria Wright 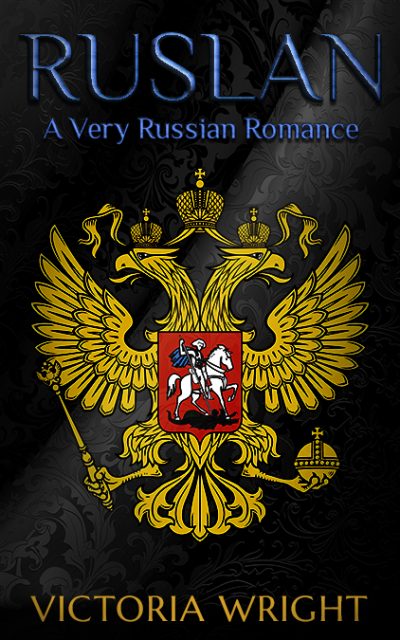 He was sent to collect her, not to fall in love.

Ruslan
When the leader of a powerful Russian crime family tasked him with the capture and rendition of his son’s intended bride, Ruslan didn’t think much of the assignment. After all, it wasn’t the first time he’d been sent to retrieve a reluctant bride. But that was before he met the mafia princess, before she got under his skin, melted his walls, and lit a fire in his battered heart.

Vivian
After a failed hit on her father, Vivian expected everything would settle down and she could get back to what mattered most: finishing her final year of med school so she could finally do something useful with her life. Instead, she found herself drugged and dragged to a foreign country for a marriage she refused to accept. Falling in love with the man who stole her freedom wasn’t even in the cards.

Daddy
Vincent de Costa didn’t escape the Soviet Union, change his name, and start a new life in America just to have a notorious Russian gangster abduct his youngest child. The last thing he ever wanted was to return to his homeland and face the ghosts of his past, but when a father loves his daughter, there’s nothing he won’t do to get her back.

*Ruslan is a full-length, standalone mafia romance. 100% separate from the first in series, so you don’t have to backtrack if you’d like to enjoy the story!*

Zdravstvuyte,
Thank you for picking up one of my books, I hope you enjoyed the story. As a lifelong romantic (I'm pretty sure love propels the universe) I currently write contemporary mafia and historical romances. Two rather disparate genres, I admit, but no matter what the setting you can bet you’ll find some sexy Russians lurking between the pages of all my works. When I’m not hermetically sealed away from the world to write, you can occasionally find me posting about writing, food and fur-children on Twitter (@VWrightBooks) or peeking around Facebook.

I love Russia and writing romance, so combining the two seemed only natural.

Vincent de Costa was going to personally dismember whoever had stolen his daughter, and he was going to do it slowly–but first he had to get out of the hospital bed to which he'd been confined for the last seven weeks. Struggling to sit up, he chucked off the heart monitor that'd been stuck on his finger and set to wrestling with the IV and other tubes attached to various parts of his body.

"Where do you think you're going?" his wife's voice, stern and unwavering, drew his eyes up to meet hers as she stood in the doorway to his room. Maria de Costa had a look on her face that said she was in no mood to be disobeyed.

"I'm going to find our daughter," he informed her, proceeding to rip the IV out of his arm with a grunt. "Luca's damn near dead and Franco will be too when I'm through with him. They had one goddamn job to do–"

"And what, you're going to hop on the next plane out to clean up the mess?" Maria looked as unimpressed as she sounded. The heels of her shoes clicked across the tile as she approached his bedside, and with one firm push she sent him sprawling back across the bed. "Good lord, Vincent, are you really so eager to make me a widow?"

"I'm not dead yet," he pointed out, wincing as he sat up again. "What, you think I'm just going to stay here when Viv needs me? God only knows what's happening to her. What if she's hurt? I'm her father; I've got to find her and bring her back if it's the last thing I do."

"It bloody well will be the last thing you do if I let you go in this condition," Maria snapped, folding her arms across her chest as she glared at him. "Stay down, Vinny, or I'll have the nurses knock you out again."

"Goddamn it Maria, this is our daughter we're talking about!" he roared. "I'll be damned if I'm gonna lie in bed while my baby girl's in danger!"

"Don't you raise your voice at me!" his wife yelled back, her voice taking on a shrill tone as her face colored. "Now you listen to me, she's my daughter too! If you think I'm not worried sick about her, you're dead wrong, but there is no way I'm letting you go after her when you're a week out from getting a kidney transplanted. Carlo's taken charge and he'll bring her home, he's got the whole family organized to find her; no one's going to rest until they get her back. So right now there's only one thing you've gotta do, and that's to stay in this bed until the doctors say you can go home. Or do you want to spend the rest of your life hooked up to a dialysis machine, hm?"

Be the first to review “Ruslan: A Very Russian Romance by Victoria Wright” Cancel reply