You are here: Products Rooter by Teiran Smith 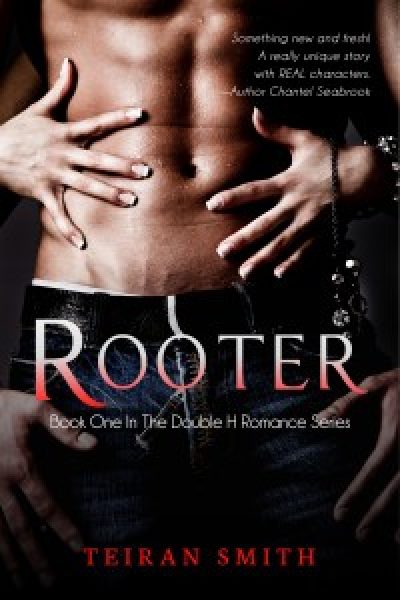 “A tale of love and deadly obsession.”

At twenty one, Sophie has already endured enough pain and heartache to last two lifetimes. All she wants to do is create a normal, comfortable life for herself. She goes to college, works part-time, and leads a quiet, ordinary routine.

So why is she so obsessed with Rooter, the alleged “vicious criminal” next door? She watches as he comes and goes. Watches him play with his pit bull. Watches him hang out in his backyard with other alleged criminals.

When Sophie’s roommate, Mike, attacks her in a fit of jealous rage, Rooter comes to her rescue. Sophie quickly falls for Rooter, but he makes it clear she’s better off without him. He’s the worst kind of guy—Dangerous—and she’s a good girl.

When she’s attacked yet again, Rooter swoops in and saves her and finally admits his feelings for her. They embark on a passionate romance, but his secrecy, controlling tendencies, and crazy ex-friend-with-benefits threaten to tear them apart.

Just when it seems things can’t get any worse, Sophie is accused of a brutal crime that pits Rooter against her. When Mike’s infatuation turns into a deadly obsession, will he be there to save her?

Whenever she’s not writing or reading, you will find her trying my hand at landscape photography, dabbling in abstract painting, and spending time with her husband, Scott, and their four legged child, Sasha.

Be the first to review “Rooter by Teiran Smith” Cancel reply