You are here: Products Rogue’s Honor by Brenda Hiatt 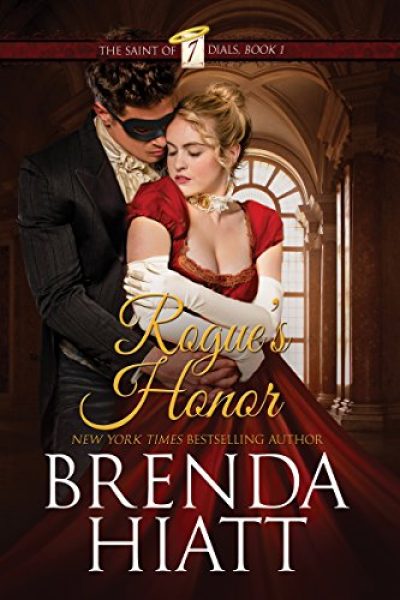 “Brenda Hiatt has created a most different and dashing rogue.” ~Kasey Michaels

To escape her stepmother's matchmaking machinations, Lady Pearl runs away, pretending to be a common housemaid, with the help of her abigail. When she is rescued from the near-disaster of recognition by a charming serving-man, Pearl pretends to be simpleminded to safeguard herself from any unwanted advances. But soon she begins to suspect that her rescuer is far more than the common servant he seemed at first.

Luke St. Clair lives a double life, pretending to be a gentleman while in reality sustaining himself and the needy as the notorious Robin Hood-type thief, the Saint of Seven Dials. The last thing he needs in his life is a beautiful simpleton in need of protection. But “Purdy” proves to be anything but simple—or common! Once he learns the truth, does he dare continue, in the ballrooms of the elite, the flirtation that began in the slums of London? The risk is enormous, but Lady Pearl's sweet kisses may just be worth it.