You are here: Products Roar: A Soldiers of Fortune Romance by Aubrey Irons 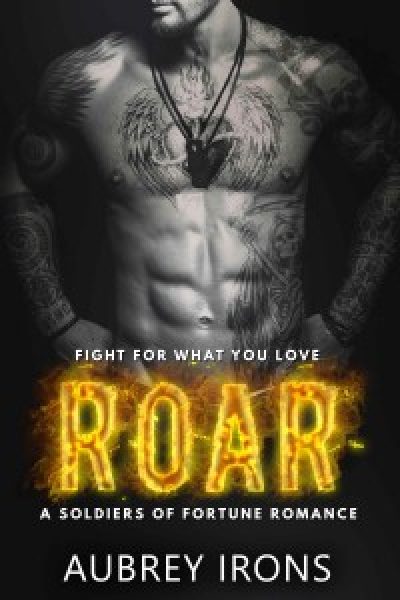 Roar: A Soldiers of Fortune Romance by Aubrey Irons

I don’t give a f*ck if I die tomorrow, as long as I get her tonight.

I’ve been to war. I’ve lived in the streets. I’ve beaten the needle, and I’ve looked death in the face and laughed.

So what the f*ck do I want with a sassy, smart-mouthed spitfire like Peyton Rivers?

There are a thousand reasons I should stay away, beyond the fact that she’s my best friend’s sister. She’s just as broken as me. She’s seen the face of the devil and taken the time to spit in it, and she’s got scars like mine to prove it.

Oh, and we’ve been down that road before, and it ended in blood and rain.

But like I said, I’m a fighter. You gotta fight for what you want. And Peyton — the sassy, hard-knocks girl from my past with a body made for sin — is gonna be mine.

The sins of the past never quite stay where you put them, do they?

I worked hard to get to where I am. Stable, healed, and somewhat normal — with a family to call my own.

I shut the door on Bryce Connors a long time ago. What we had was wrong then and the ghost of that memory is worse now.

It’s just that there are people who tie us together, blood bonds that can’t be broken. But when our family is shattered, our friend stolen from us, the two of us are thrown together all over again until we get him back.

Great; high stakes, high tensions, and halfway across the world with the one man I can’t seem to resist, even when everything about him makes my heart scream NO.

What could possibly go wrong?

In the real world, Aubrey is kept plenty entertained by her own tattooed Marine husband, their precocious and adorable three year old, and one very ill-behaved puppy.

Eventually, I had four novels of four different couples, and the Soldiers of Fortune series came to be! That short story actually became book 3.

Be the first to review “Roar: A Soldiers of Fortune Romance by Aubrey Irons” Cancel reply