You are here: Products RoadBlock by Amelia Bishop 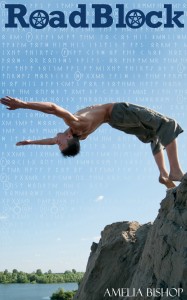 When Dagger meets his new neighbor Calderon, it’s love at first sight. But a twenty year old prophecy comes due, pitting Dagger and his new lover against a powerful witch, and there is more at stake than their new relationship.

I am inspired to write about the paranormal as it might truly exist in our world, with characters as real and flawed as any of us, in situations they are not always comfortable. The books I write are the ones I want to read, lighthearted m/m romance.

Be the first to review “RoadBlock by Amelia Bishop” Cancel reply